This week, I set off with my uncles in a converted VW van called Magic Mike, to Wales (Via the Cotswolds and Shropshire). The aim of the trip was to spot a pied fly catcher in an RSPB reserve near Dyfi, in West Wales – this wasn’t necessarily my aim, but sometimes you’ve just got to strap on the old camera, pull your socks and the waistband of your shorts up high and go looking for tiny birds.

Sadly for this pheasant, we weren’t interested in watching it do anything other than cook. 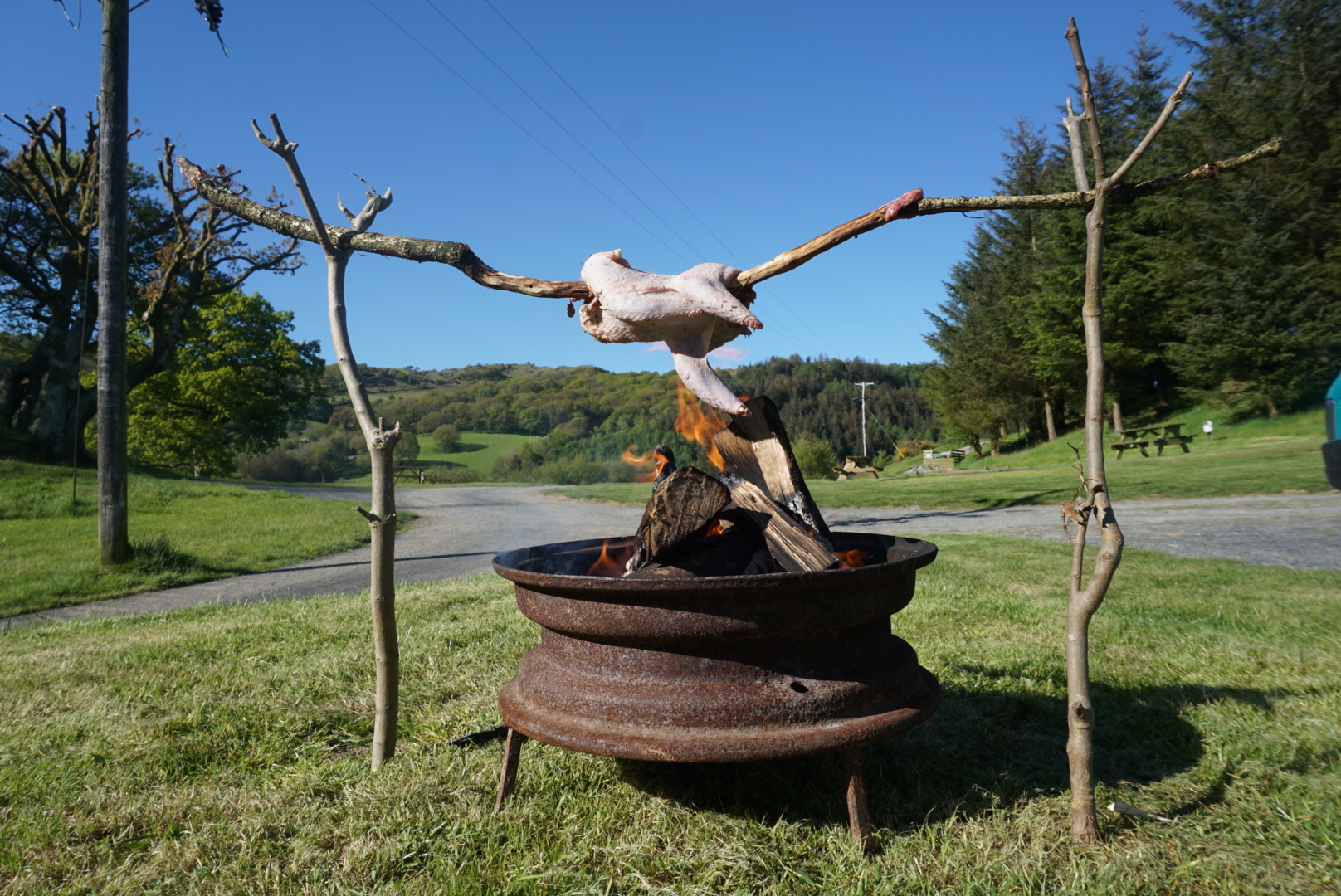 Cooking over an open fire was on my bucket list, but I think I may be ready to go vegetarian after this… It was all a bit gutty.

Before we started the search for a pied fly catcher, we stopped in to see one of five Osprey that still nest in Wales – Monty.

Once a year, Monty flies over to Dyfi from West Africa for a rendezvous with his mate for life – Telyn (welsh for harp) – they get to making some eggs and then incubate them over a 6 week period, feeding the chicks up on fish before Telyn bails, followed one after the other by Monty and the chicks, all the way back to West Africa.

Monty comes back year on year (Telyn too, unless she dies in the interim) – I got a fairly average photo through one of the telescopes, but you can watch an HD feed of all of this HERE and the chicks are due to hatch at the end of the month (nawwww). 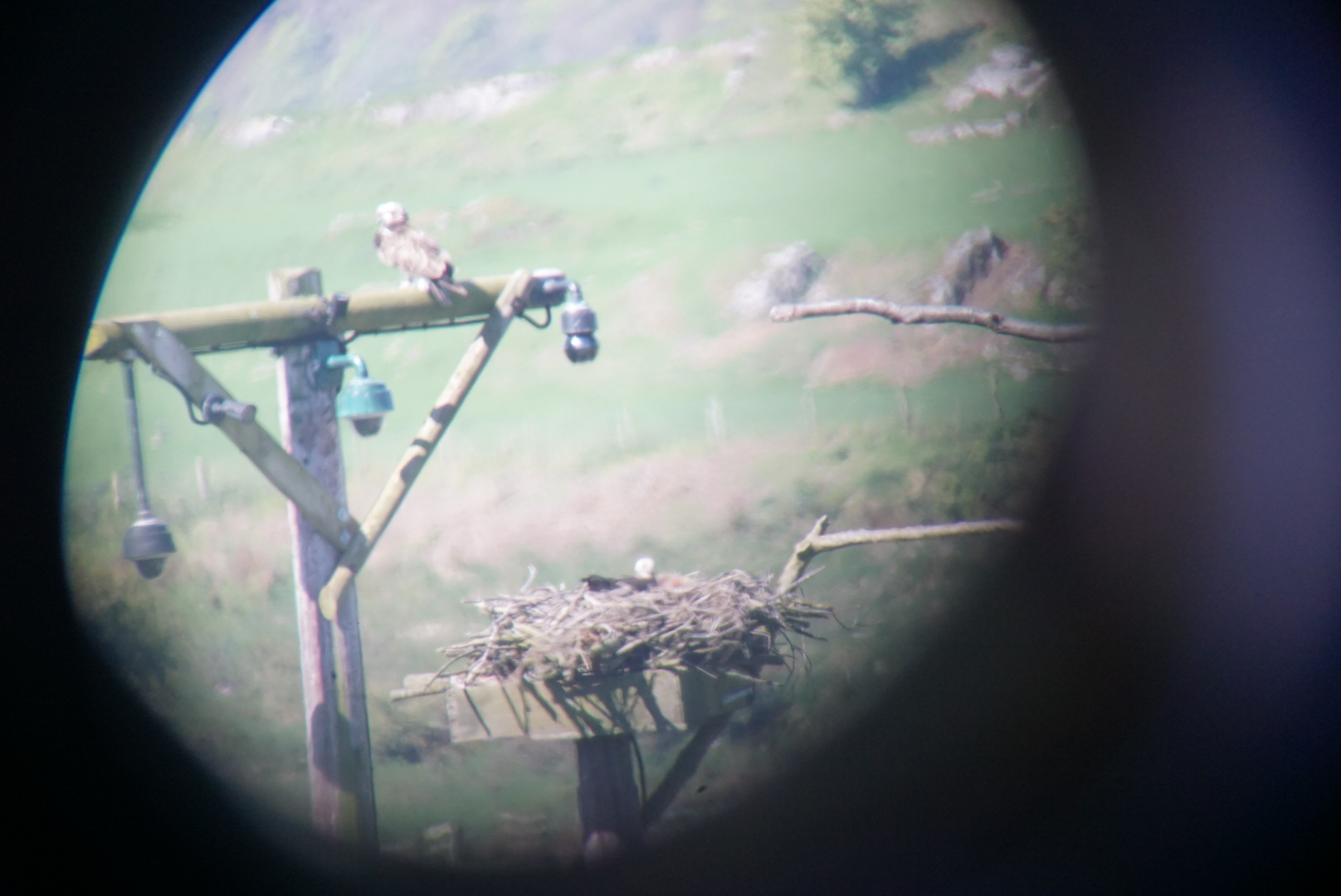 After all of the excitement of bird watching and some minor squabbling in Magic Mike, we headed for Shell Island, via Barmouth.

Shell Island is a peninsula in the Snowdonia National Park offering a campsite with over 450 acres of different options, you can tuck yourself away in little forests, plant yourself in the middle of a big empty field or perch up on the edge of a dune overlooking the bay, with a beautiful mountain range as a backdrop. 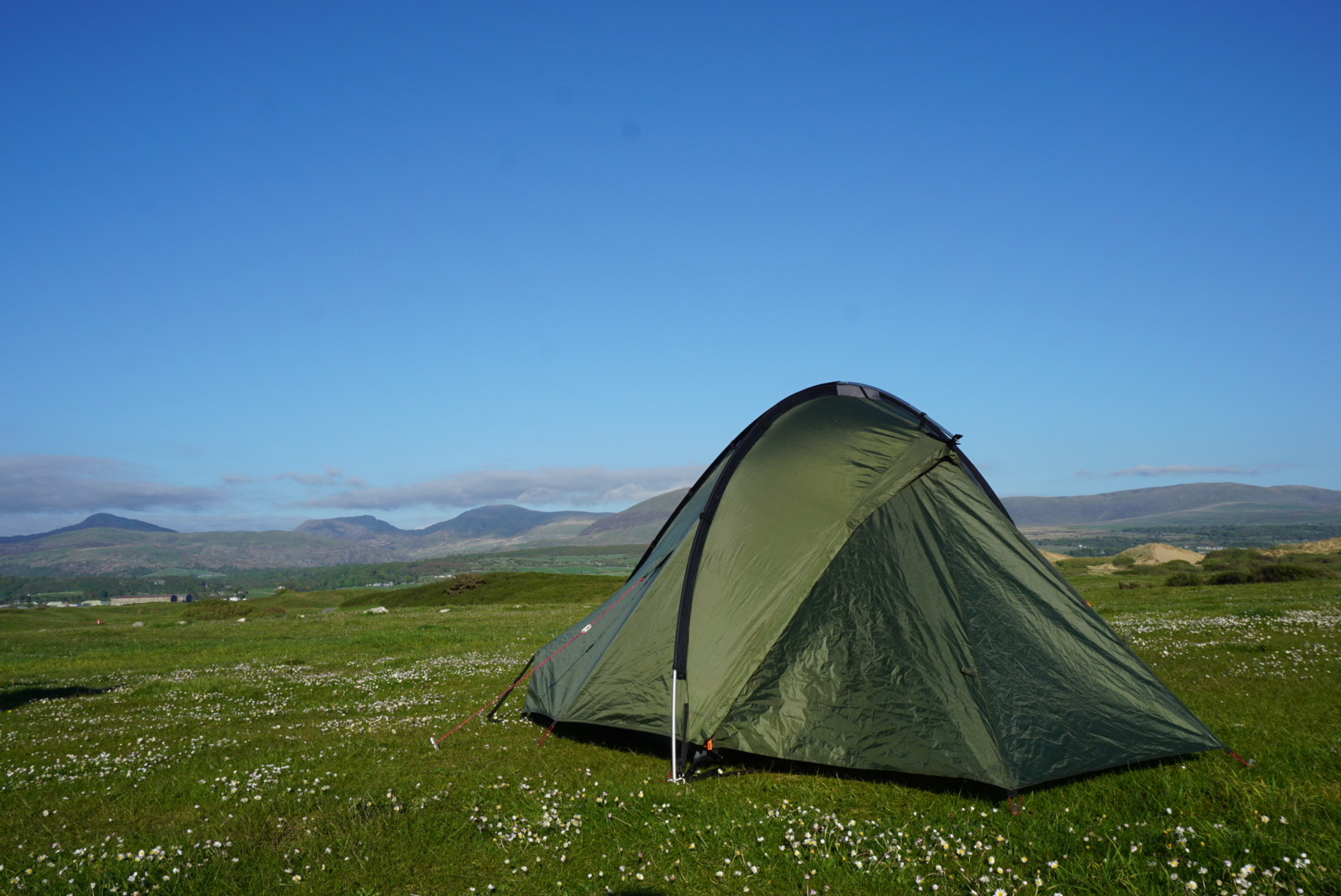 The edge of the dune proved a good choice when the sun was setting. 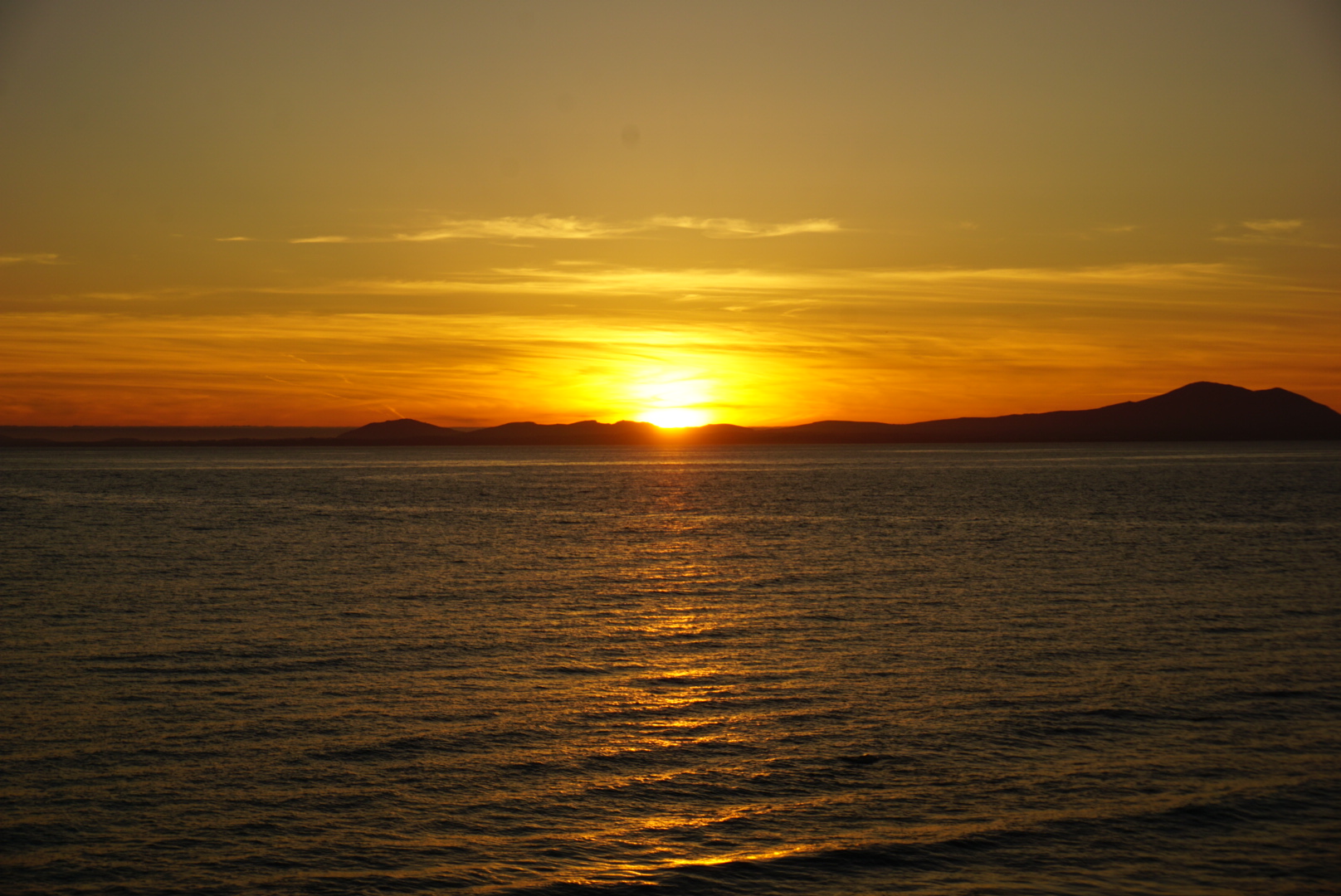 The next morning the sun had been replaced by a thick fog, so I dragged myself out at 5.30am and went for a walk in the sand dunes, with no one else around and only the sound of waves for company. 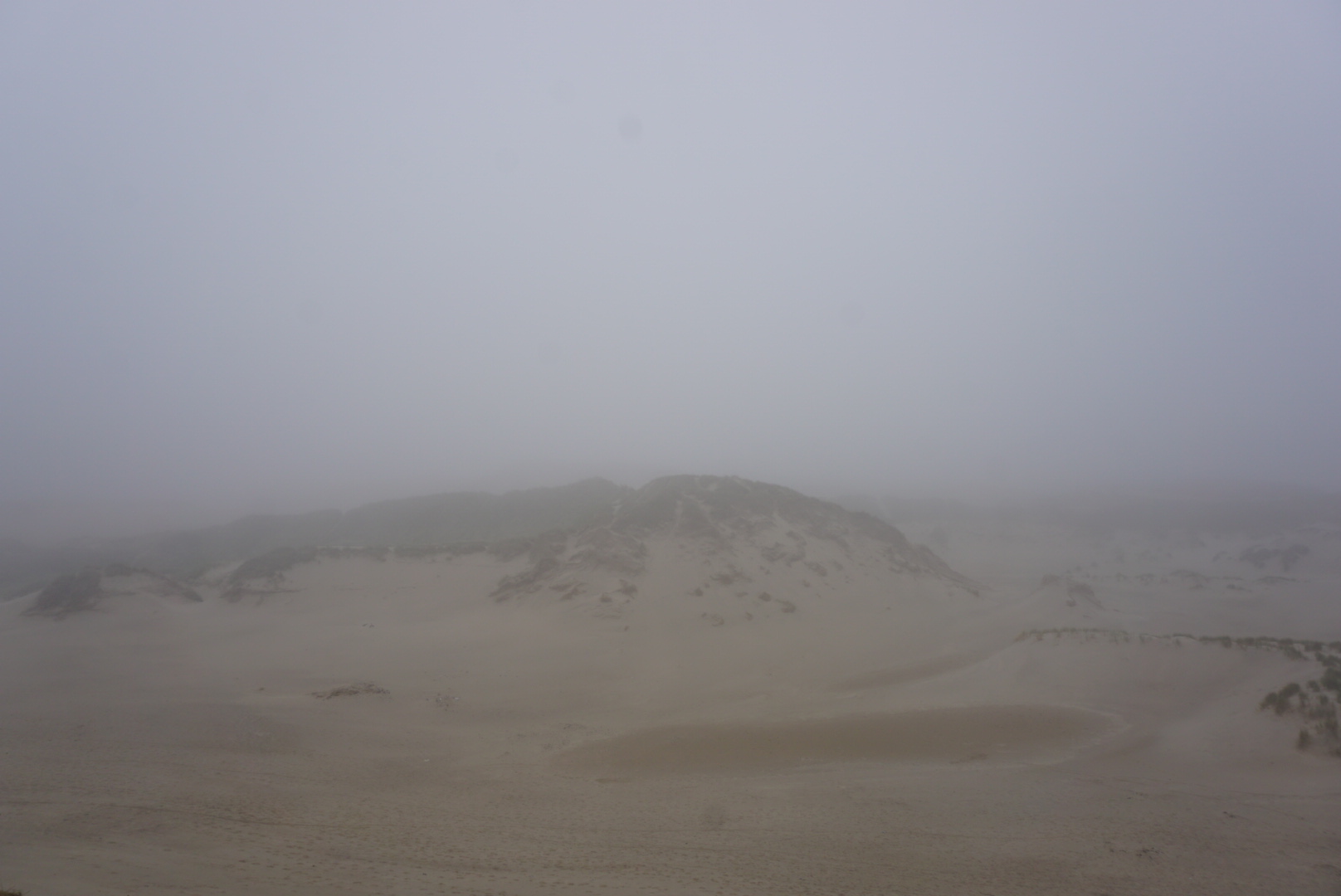 I could have quite happily spent a day lost in the dunes, but the fog began to lift at 7am and after a paddle in St Georges Channel I headed back to Magic Mike and a steaming mug of tea.

Access to Shell Island is tidal so if you do go, make sure you check the times before you set off, although there is plenty to explore on both sides if you miss it and we were well catered for in our rickety old van. 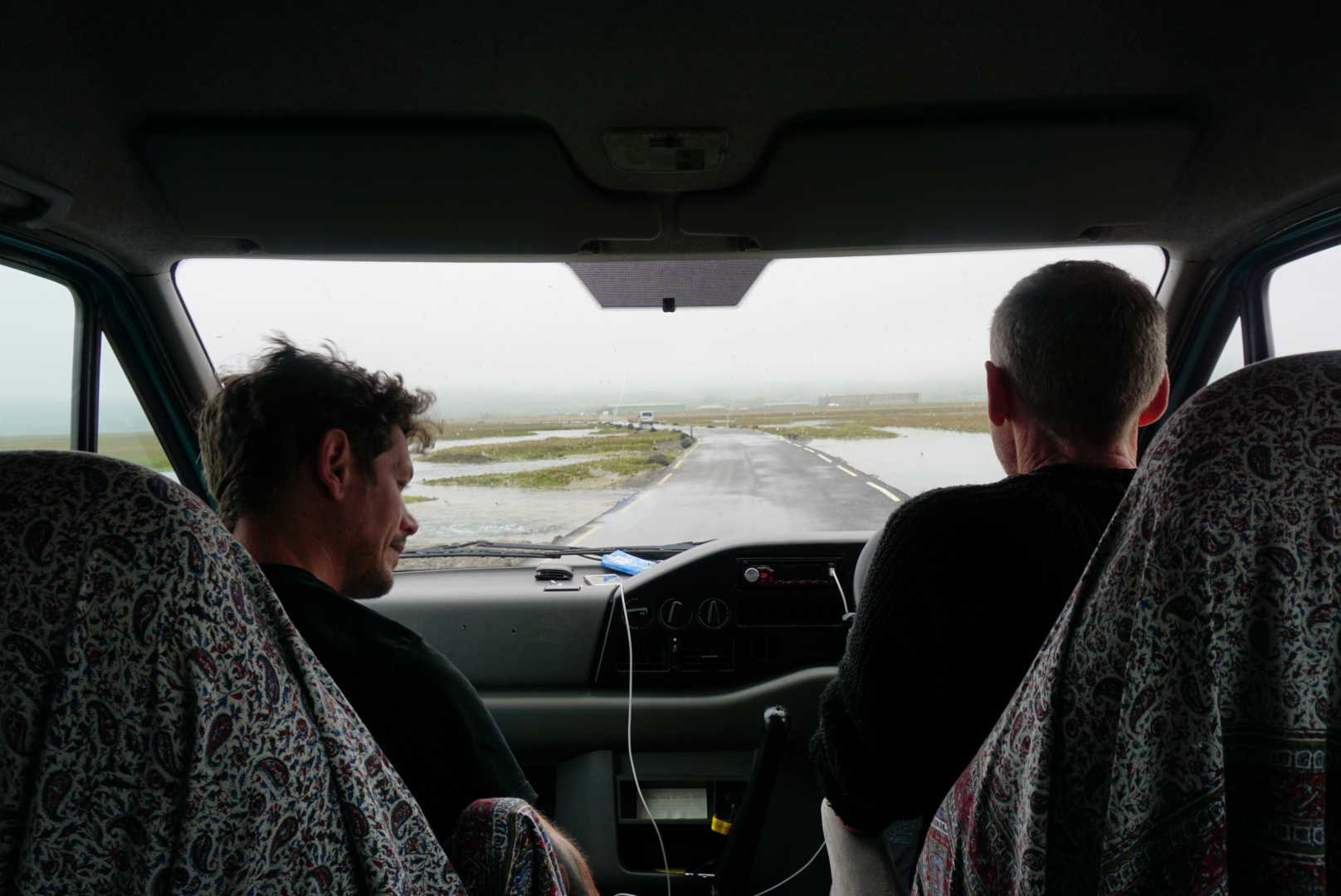 I’m doing a charity fundraising challenge in August to raise money for CALM – Campaign Against Living Miserably – a charity that is dedicated to providing support for men with mental health issues. To find out more, please visit: https://www.justgiving.com/fundraising/conquerthetwatts and donate where possible.