I got to Stonethwaite, a beautiful little village in the North-Western Lake District, just after 12pm on the 4th January 2018. 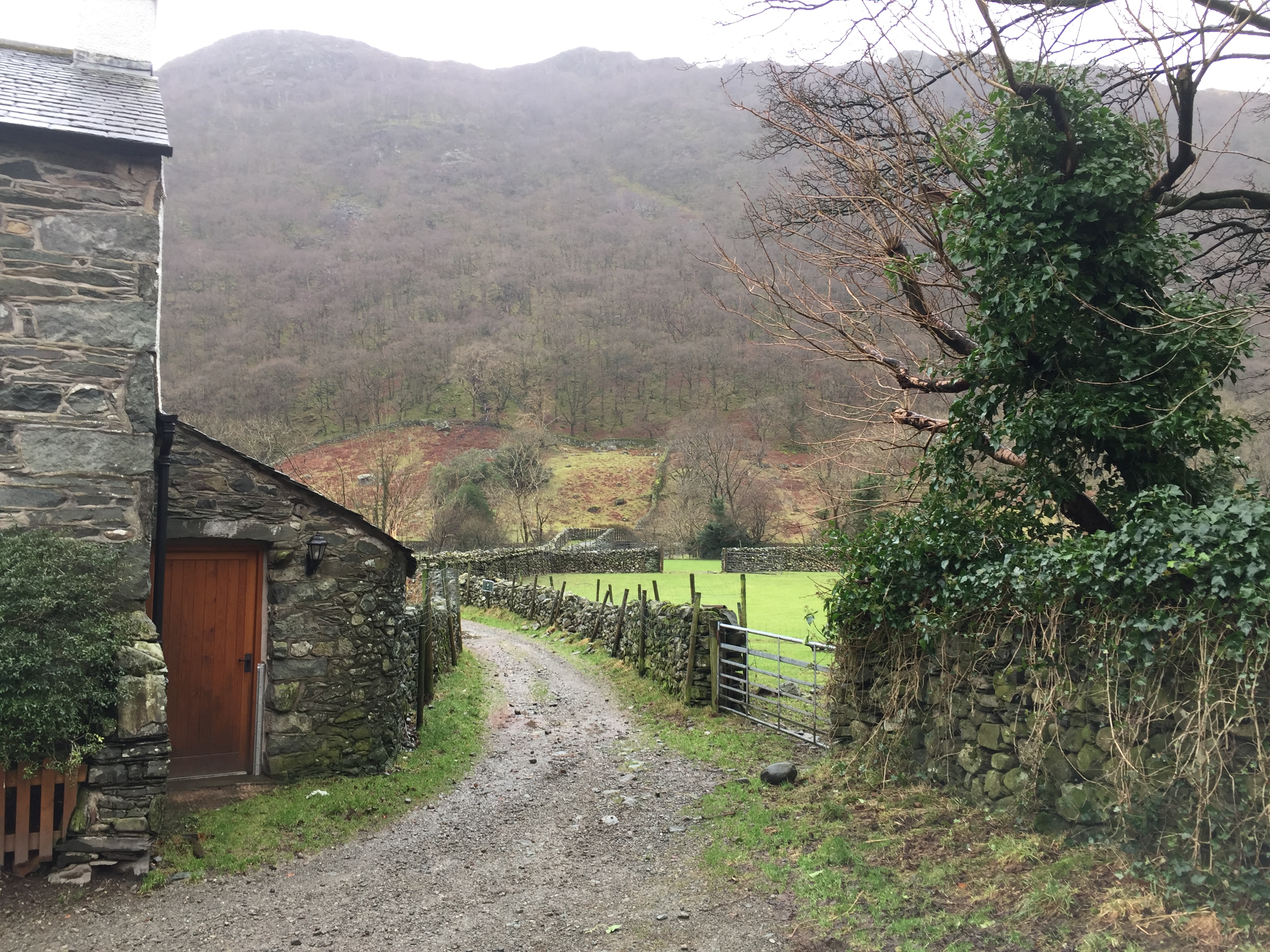 While parking up, I was thinking about the days when my family used to camp by the river at the far end of the village, overlooked by imposing and beautiful fells. The reason I’m back here is that I always wanted to – but never did – climb the fell that looks out over that camp-site.

The fell is called Glaramara.

I had intended to start big and climb Ben Nevis for my first adventure, but a friend flaked on me, so I decided to go solo and settle this old score instead.

Aware that time was against me and the weather was turning rainy and windy, I threw on my waterproofs and sprayed my boots down with an extra layer of water-proofing wax (amateur).

I packed light for a quick climb, with a plan to reach the top of Glaramara, then drop down Hind Gill and circle back around to the car – I have no idea what the exact distance is, but I’m guessing around 6/7 miles. 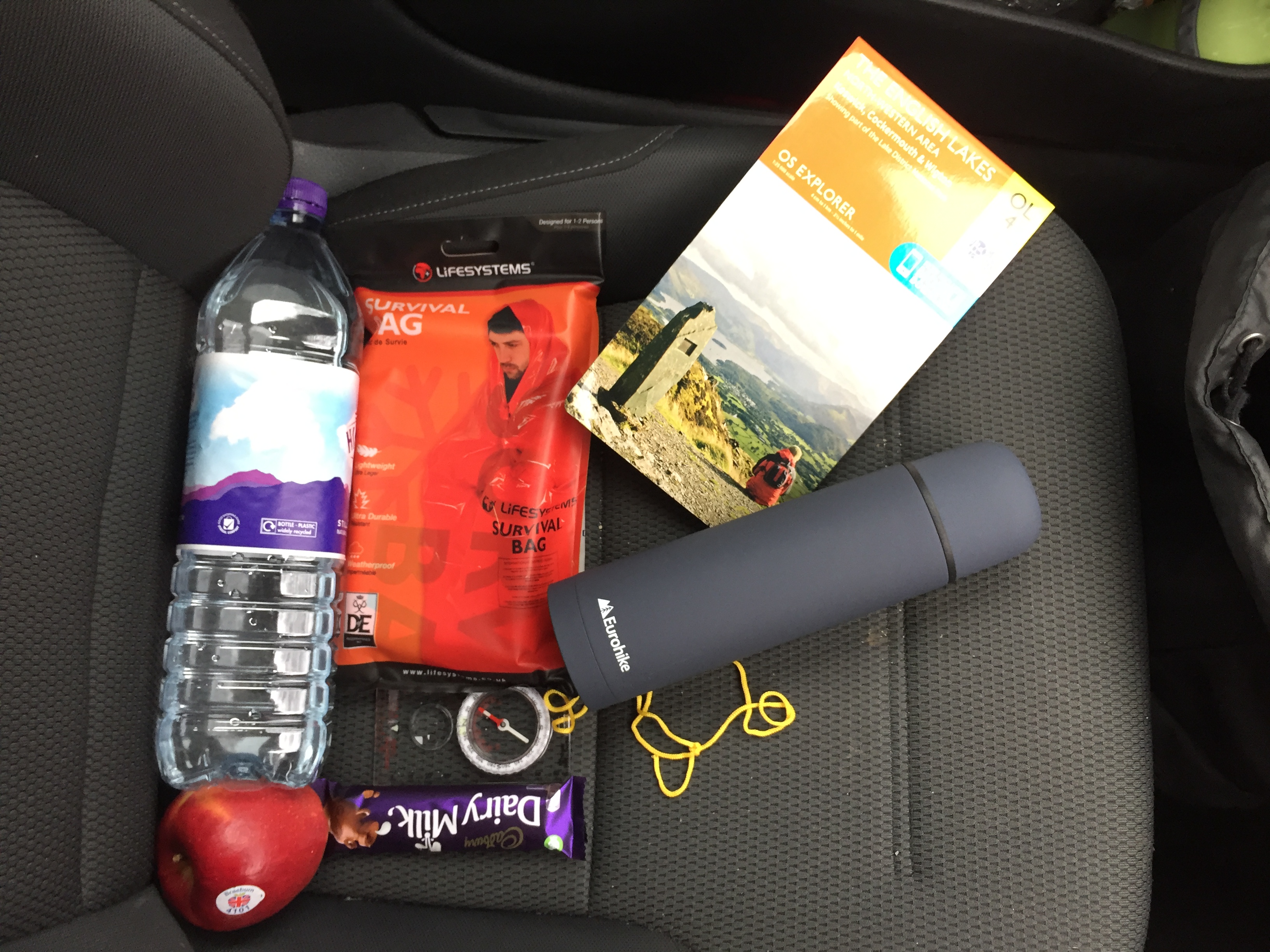 After a quick chat with (warning from!) a local and his Scotch Terrier, I set off at 12.35pm giving me just under four hours of daylight to reach the top and get back to the car.

Walking past Chapel Farm, I joined the path that ran up to ‘Tarn At Leaves’. I planned to jump over a stream to get on the right track, but ended out slipping in and learning my first lesson about not taking proper account of the weather. 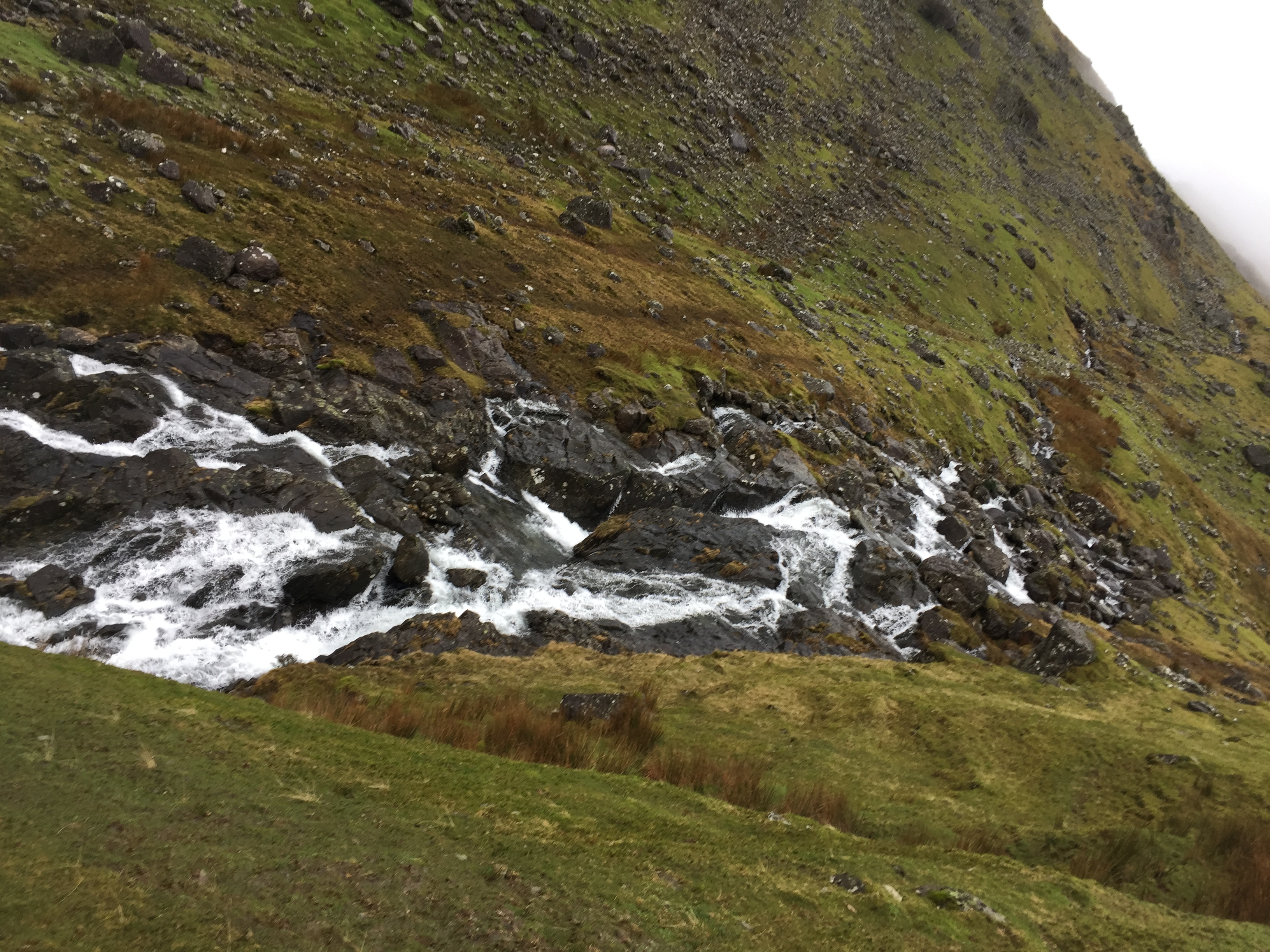 I reached the other side soggy but baking hot (!?), so I stopped to get my jumper off and carried on in just a T-shirt and waterproof jacket – confident that I didn’t need the layers.

Soon after this I lost the path for the first time.  There had been so much rain fall that small streams were flowing off the hill like veins, and the path was hidden somewhere among them.

I followed a fence line and found myself climbing almost vertically up a loose mud slope with just a few rocks to grab as hand holds – it was slightly hairy but anything else would have been boring.

Plus then I found one of these guys… 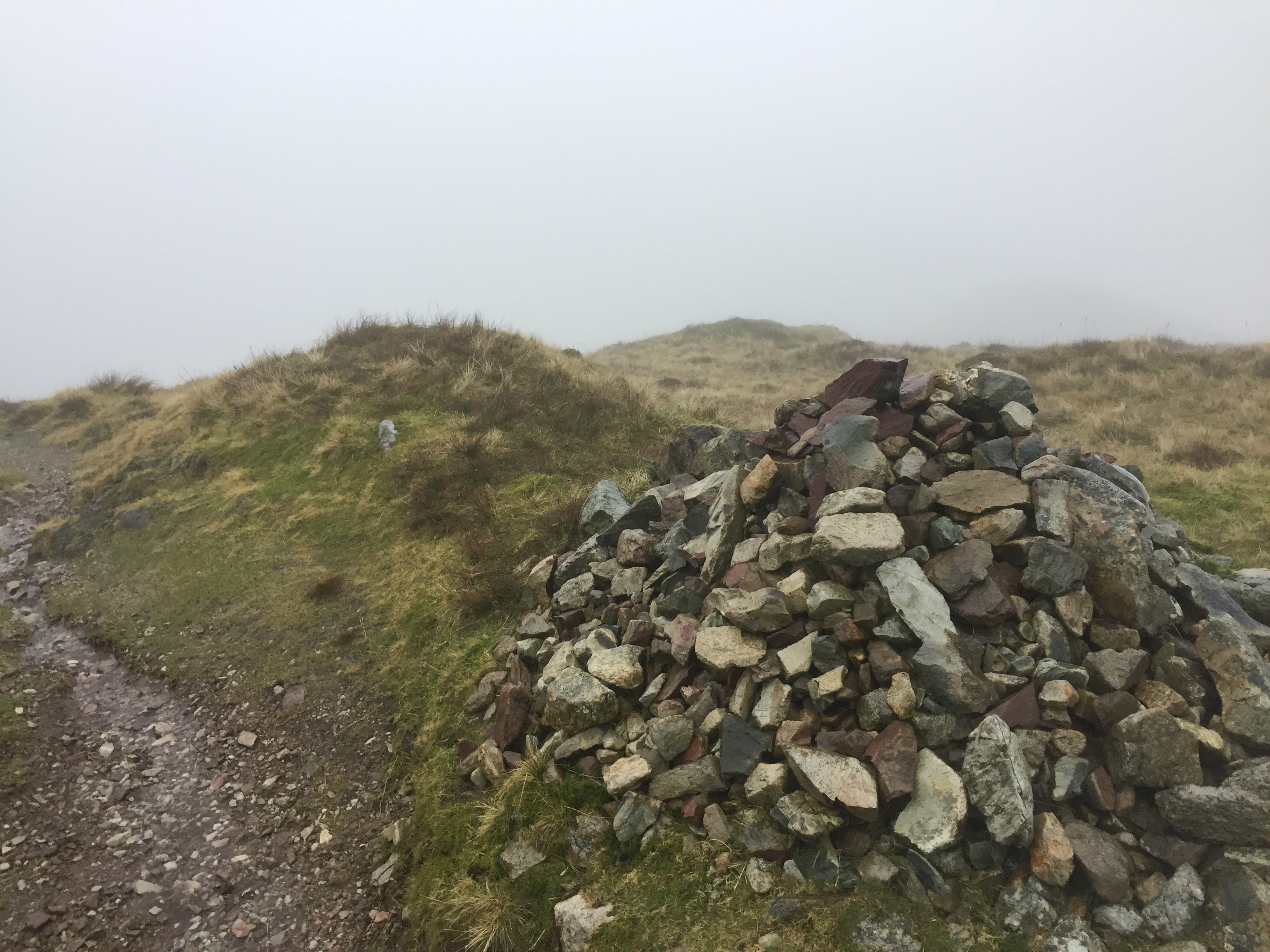 I was roughly a third of the way up when the clouds dropped and smothered me in fog. There were going to be no more views across the valley, but I could see enough to keep going.

Unfortunately at the two thirds mark it was clear that my trusty jacket wasn’t waterproof anymore. I was soaked through, being hammered by the wind, and still surrounded by thick icy fog – all while grinning to myself like an idiot!

I found some snow (exciting!) and ran into the only people I saw on the fell. They told me that they had just come from the top, the path had washed out and they didn’t recommend going that way. I nodded and agreed (not sure why, I hadn’t been up there yet) and carried on anyway.

I lost the path again (should have listened) and ended up on Combe Head – from here I could see the fog-tipped peak of Glaramara.

To celebrate I reached for the chocolate bar and thermos, thinking that I might even throw on my jumper for a treat…. 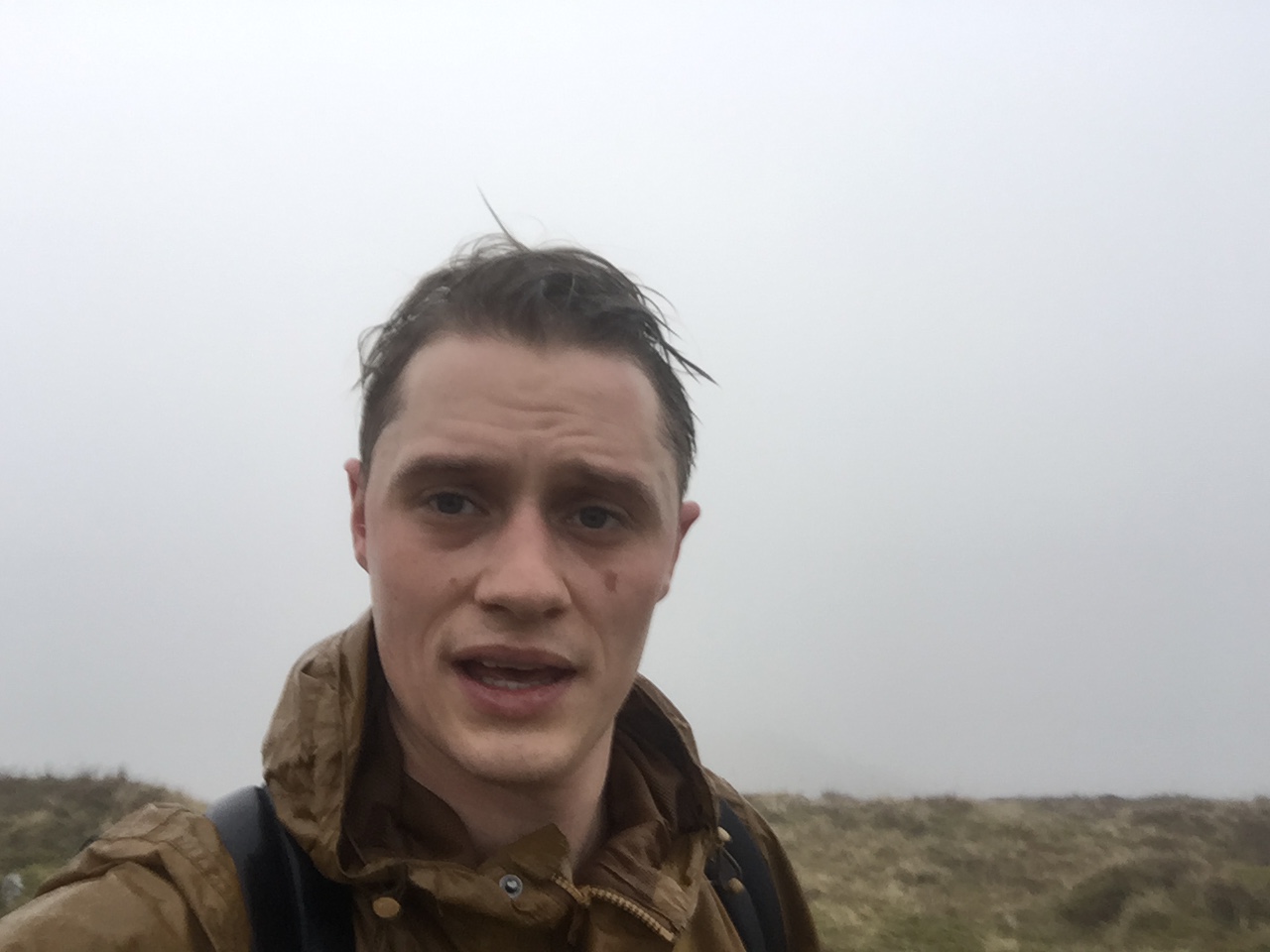 My gloves, hat and jumper were all soaked so I settled for the Thermos and chocolate, cos when could anything not be solved with those two things?

I reached the top 10 minutes later and did a victory air punch before checking the map to find Hind Gill (my way down), but one attempt at following this path ended up in a bog with a steep drop to the front.

There was an hour and a half of daylight left, a quick reality check told me that I was cold, soaked, and my phone had died. I did the right thing, changed plans and headed back down the way I had come (I didn’t fancy spending the night in a survival bag, or being rescued on my first weekend!)

The descent took around 50 minutes, it turns out spotting the path from higher up is much easier than from below.

The only surprising discovery I had was that whenever I slipped or lost my footing I reflexively called ‘Hellooo’ as I fell. So if any of these 51 remaining adventures do kill me, just know that I went out like Robin Williams when he reveals his cream covered face from behind the fridge in Mrs Doubtfire!

Back at base, my hands were too cold to undo my trousers so I took off everything else, cocooned myself in a towel and jumped into the car to warm up.

A little while later I was warm enough to finish changing so I stripped, slipped into warm and dry clothes (bliss) and turned to see that I was directly in front of a living room window, a view point for the family of four that were inside… Watching me. 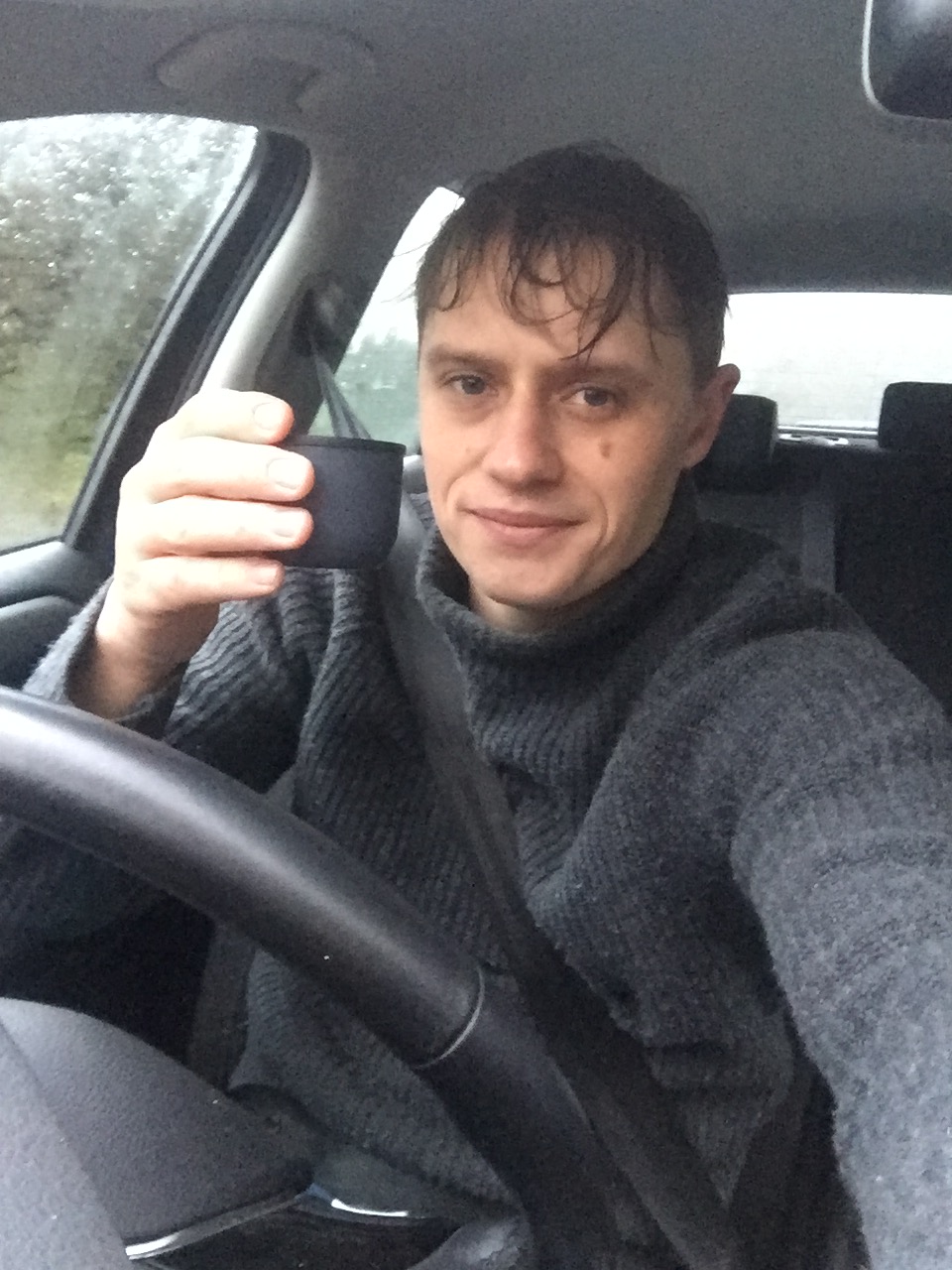 It was the one bum note of the trip!