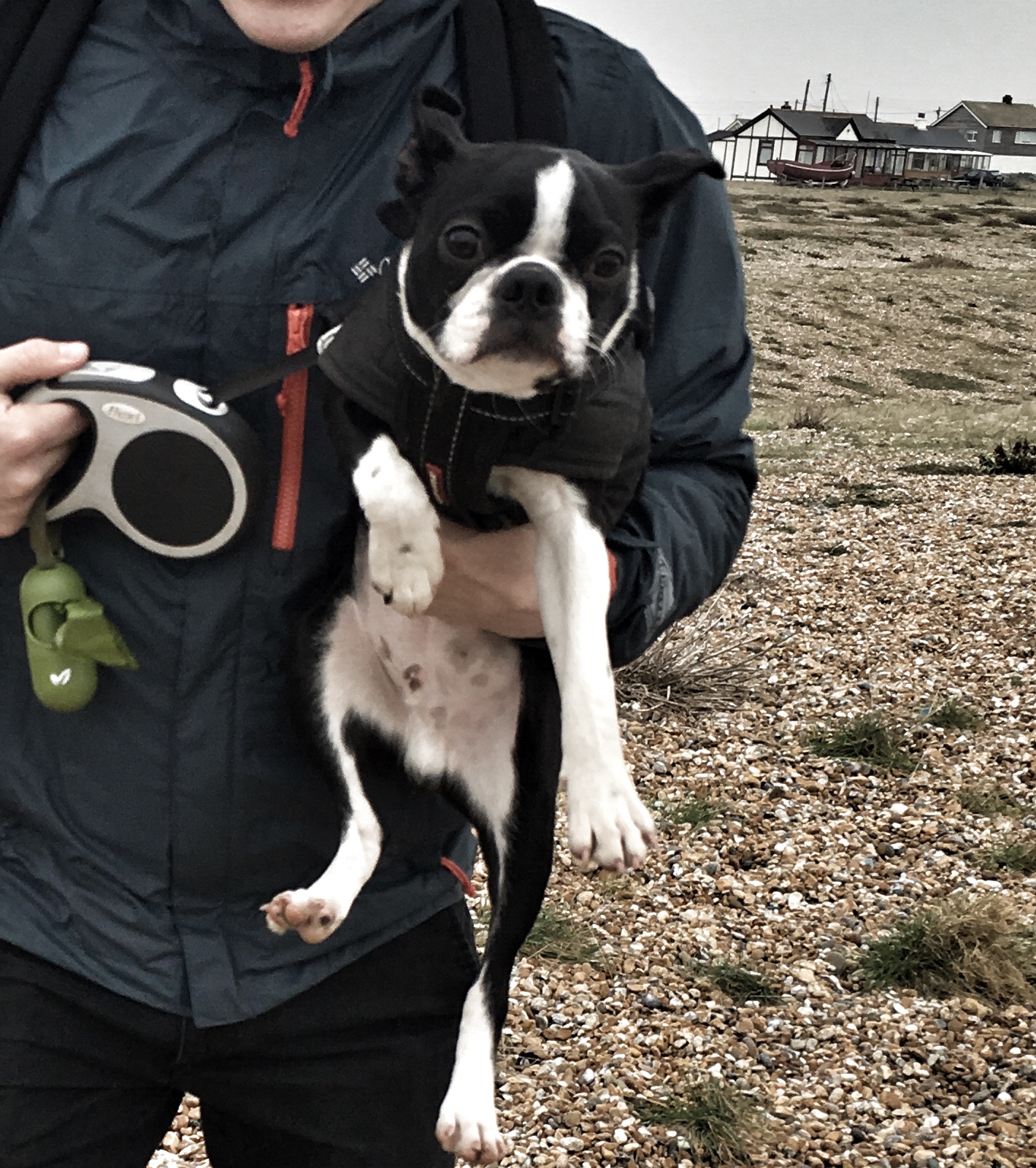 After a short drive down to the coast, we pulled up in one of the most unique and surreal places I’ve ever seen in the UK.

Dungeness is a hamlet on the coast of Kent, it starts as a long line of terraced houses, which lead to a shingle beach, decorated with hundreds of little homes and boats.

The boats (mostly wrecks) were surrounded by bits of old machinery, twisted and peppered with rust but each holding their own, stood proudly against the elements (which is more than can be said for my hair!). 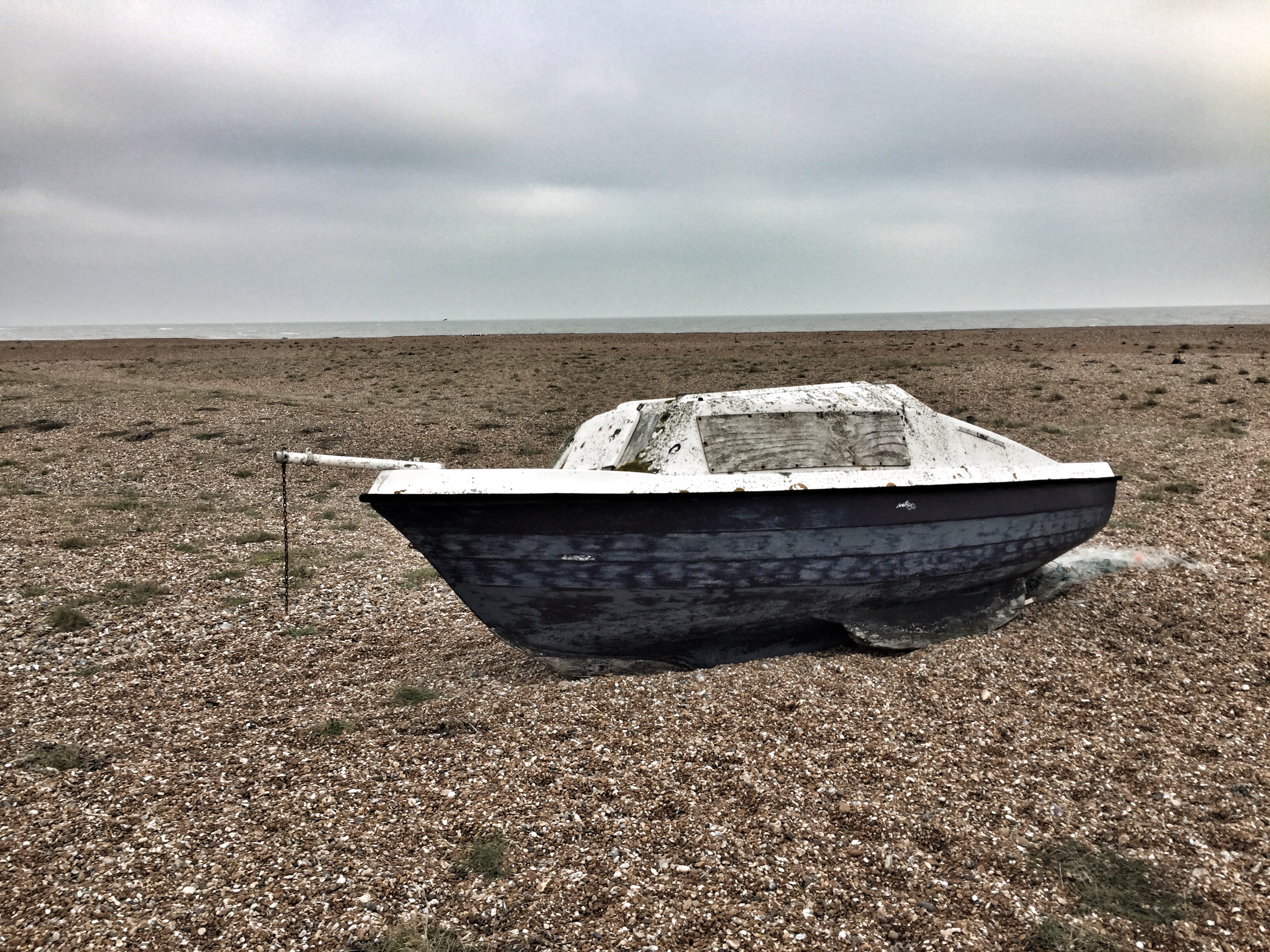 The scenery of this marine  graveyard is clearly a draw for photographers because they were the only other people we saw on the beach. I read that the locals get (understandably) angry about the constant stream of photographers, so we were sure not to take any snaps of the private houses… 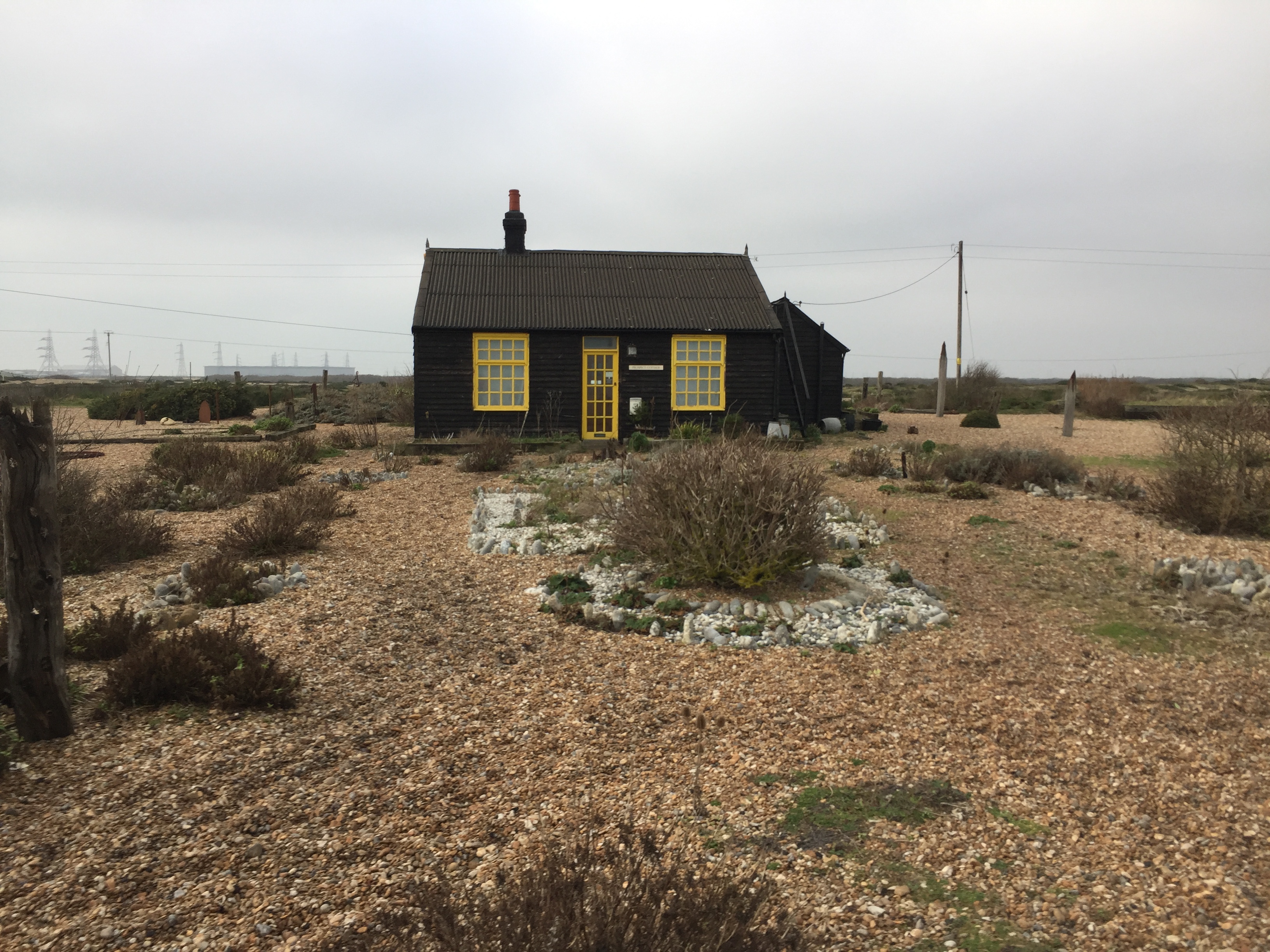 Apart from this one… Derek Jarman’s house.

Jarman was an English film director that created this famous garden on the shingle shore near Dungeness nuclear power station, mainly setting up here because he believed the finest fish and chips in all of England were served at the nearby ‘Pilot Inn’ – the Pilot Inn aren’t dog friendly, so I can’t comment.

On the side of the house there is a poem attached to the black timber called ‘The Sun Rising’ by John Donne. The weather has beaten this display into a mainly illegible mess, but two lines did stand out:

My challenge for the week is to casually slip this into a sentence without anyone noticing. 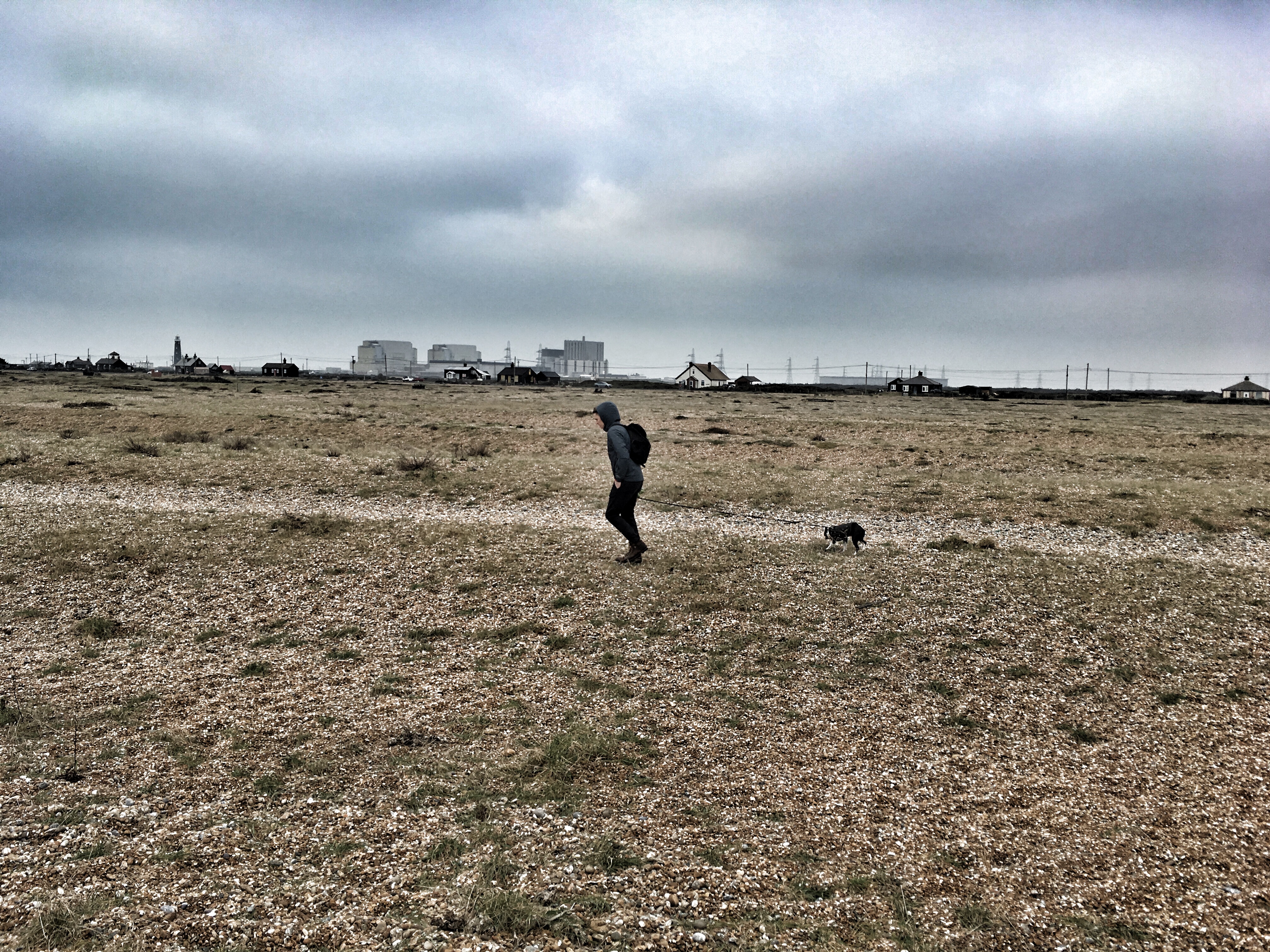 Moving on, we headed for the light house(s) and the edge of the nuclear power station, which makes an apocalyptic back drop for an inimitable location.

Soon we came to a stretch of beach where a local family was pushing a line of wheelbarrows full of shellfish through the shingle to their house. It’s probably rude to comment on the way of life here as seen through the eyes of a tourist, but it looked like dinner was going to be super fresh. 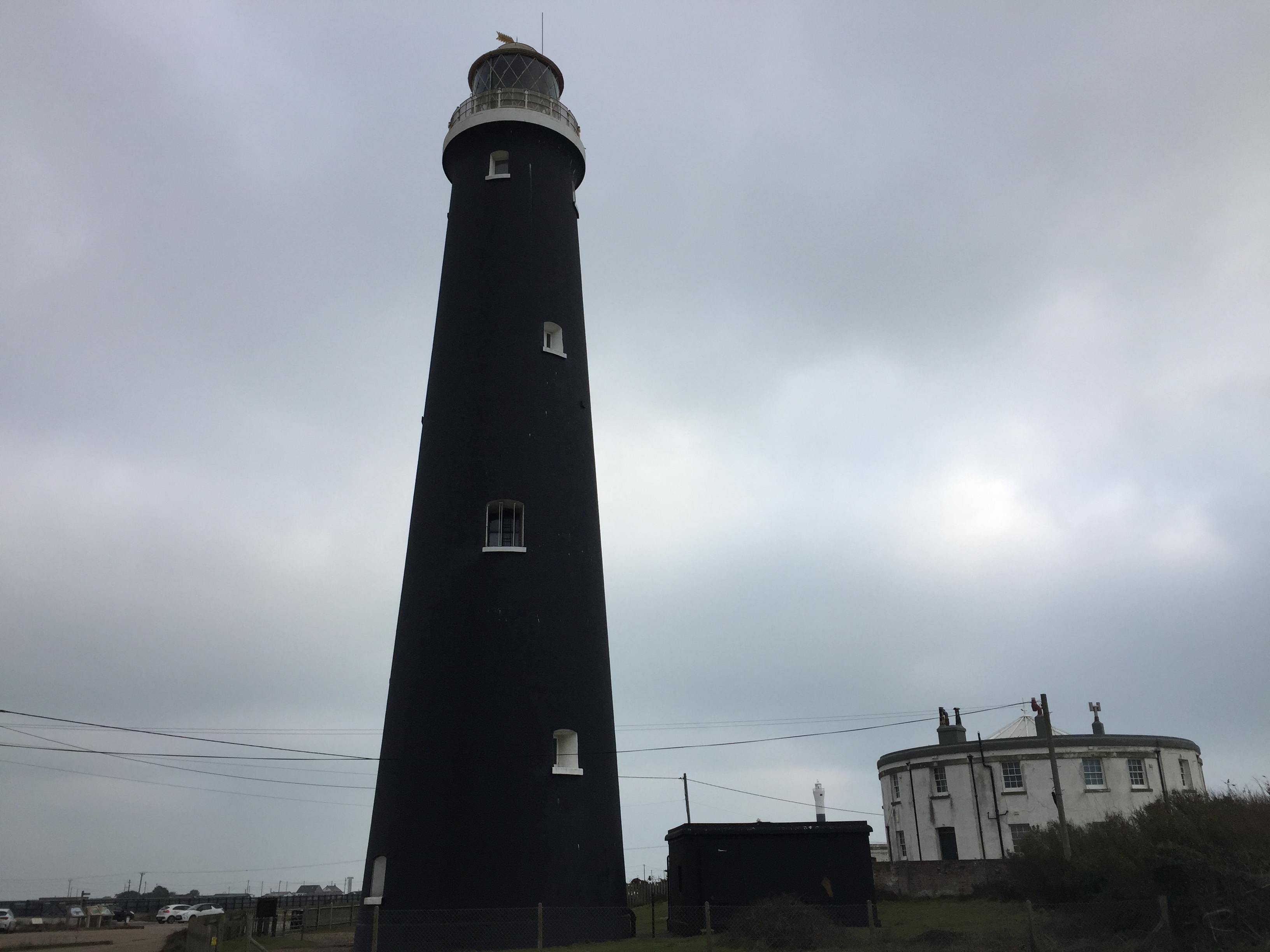 This is an inactive light-house but an active museum – although we visited out of season so it was, on measure, inactive. A sharp ‘toot’ to our left told us that the mini steam train which runs along the the beach front was still going strong, providing a nice plume of steam to mix in with the the gentle curls of smoke coming from the chimneys on the beach.

We were all feeling pretty happy as we watched the Kite surfers gliding the chilly waters of Camber Sands at the end of the day. 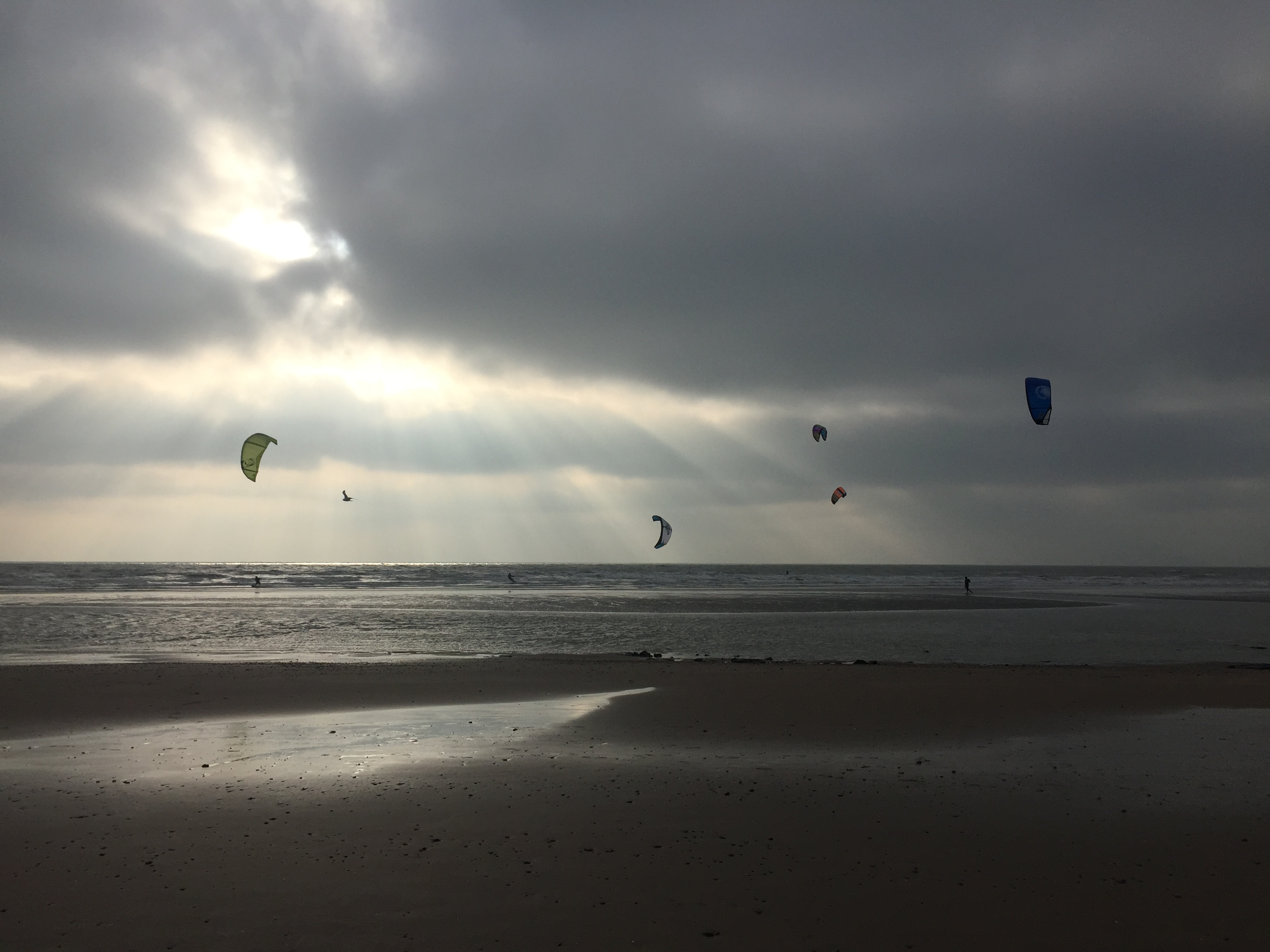 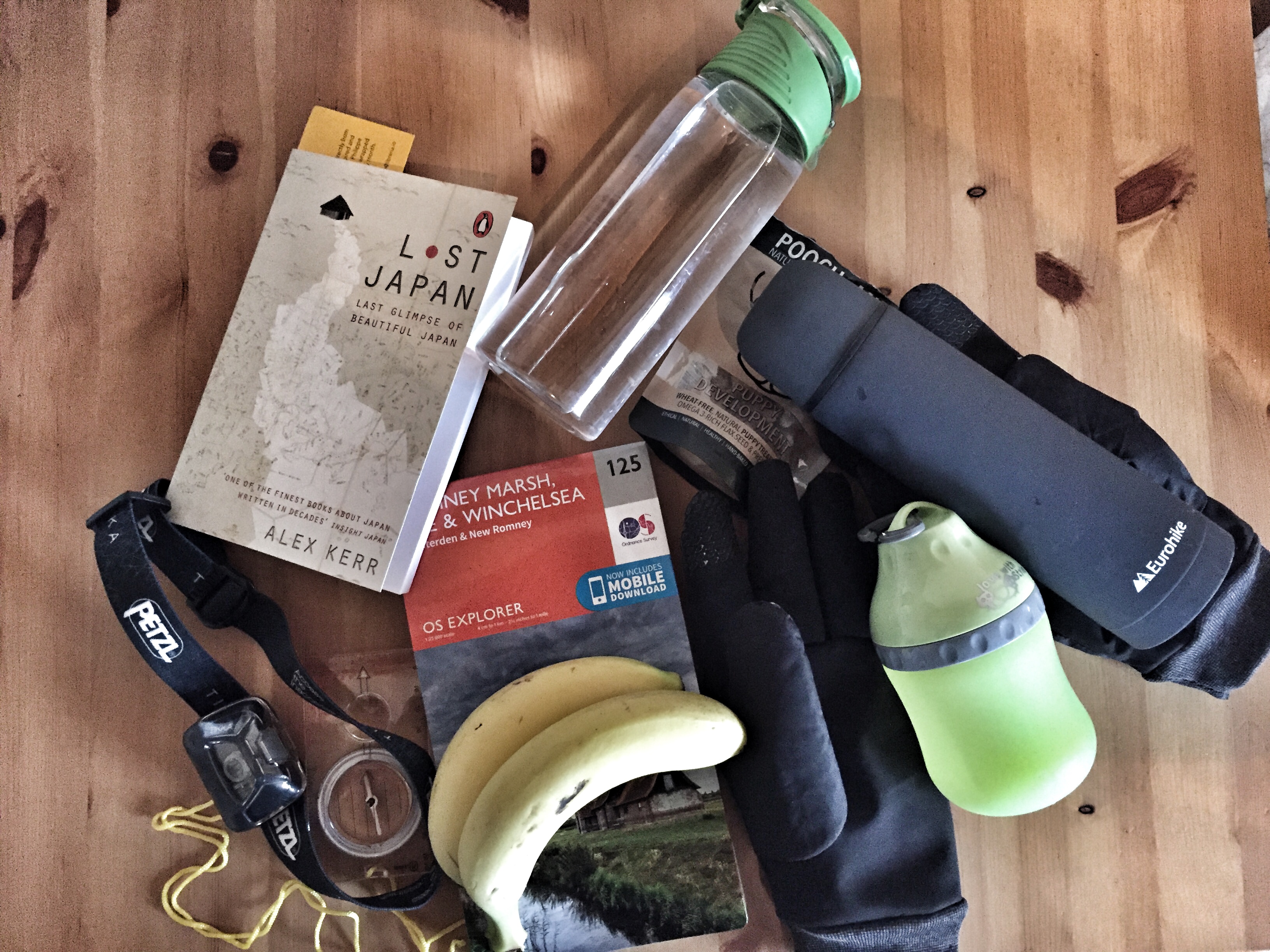 Vivienne was a fantastic host. Checking us in herself at 9.30pm, providing us with heaps of food to cook for Breakfast on both mornings. Doing her best to make us buckle on Dry-January (almost forcing us to take a bottle from her private stash!) and allowing Fuggle to meet her chickens, which ended in the puppy running for his life – he’s descended from wolves don’t you know!