‘What are you doing in October?’ I asked my cousin Joe, earlier in the year.

‘Getting wet and cold, you?’ he replied.

So off to Yorkshire I went last Friday evening – enticed by Joe and his tropical allure. 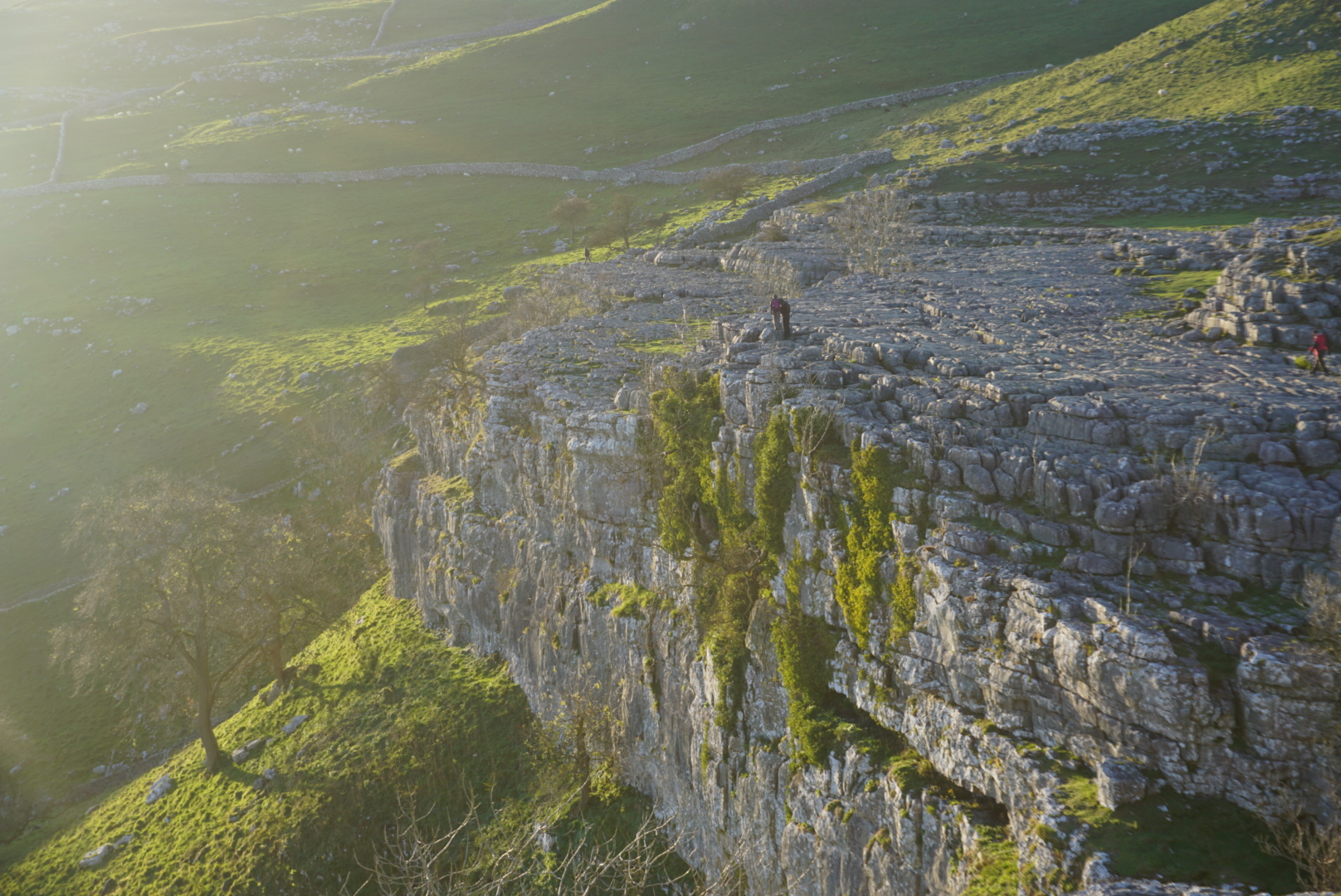 Malham Cove is an awesome concave limestone formation, left over from the ice age and created by the receding waters of melting glaciers. The cliff face is extremely popular with climbers, particularly during the winter months as it catches the sun throughout the day and is climbable in the rain.

It is approached from Malham village, which takes you past a lazy beck and 100 other people at any given time because it’s a bit of a tourist trap. 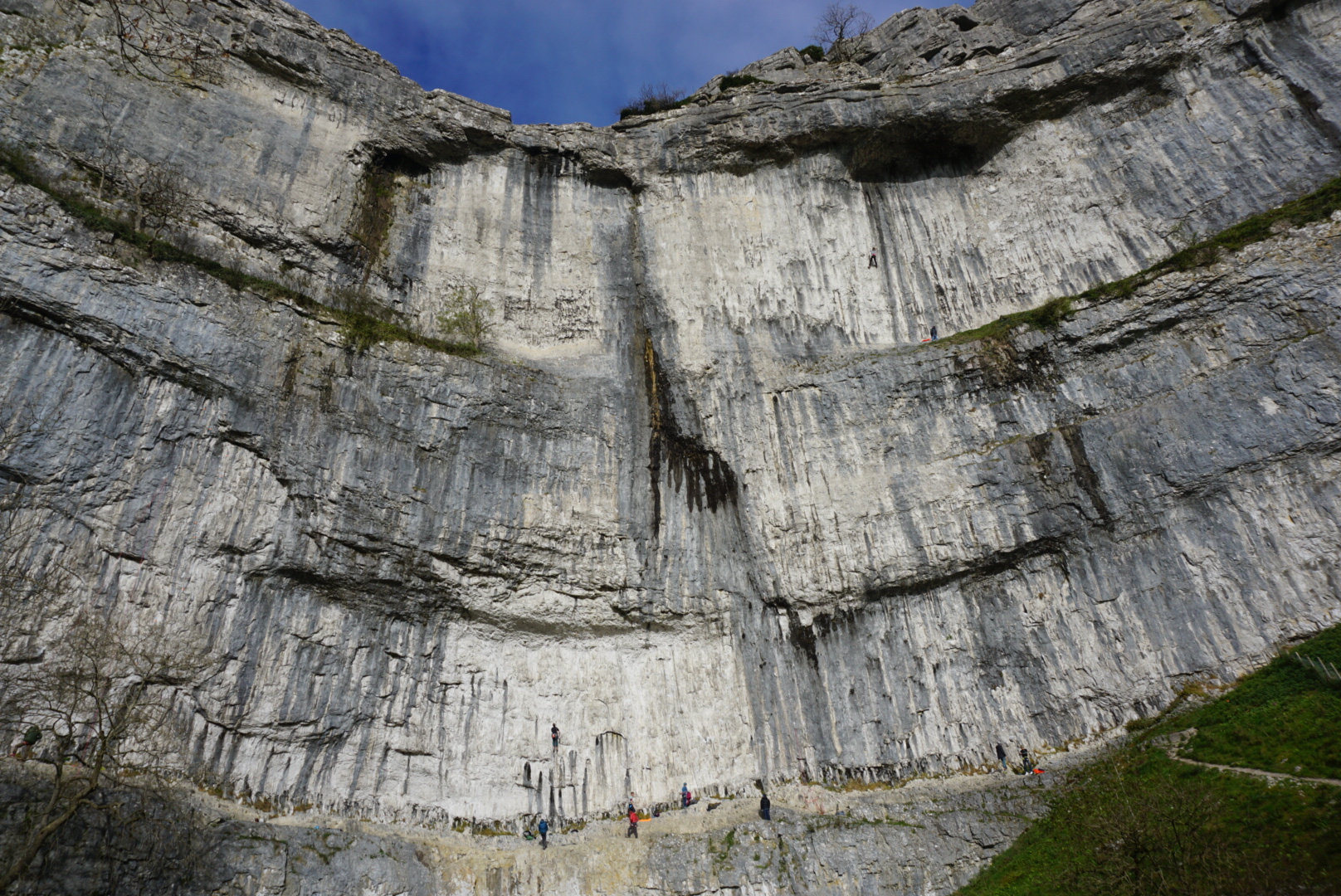 After a ‘warming’ climb up the steps to the side of the cove, we reached the limestone pavement at the top. I remember seeing Malham Cove while I was at school and being told that you could stand at the edge of the cliff and lean over because the wind was so strong that it would blow you back up.

The wind was very strong, although it was blowing towards the edge of the cliff so we chose not to test the theory and I allowed myself a moment of smugness for never listening to my teachers.

Meanwhile, Joe’s hair was having a lovely time… 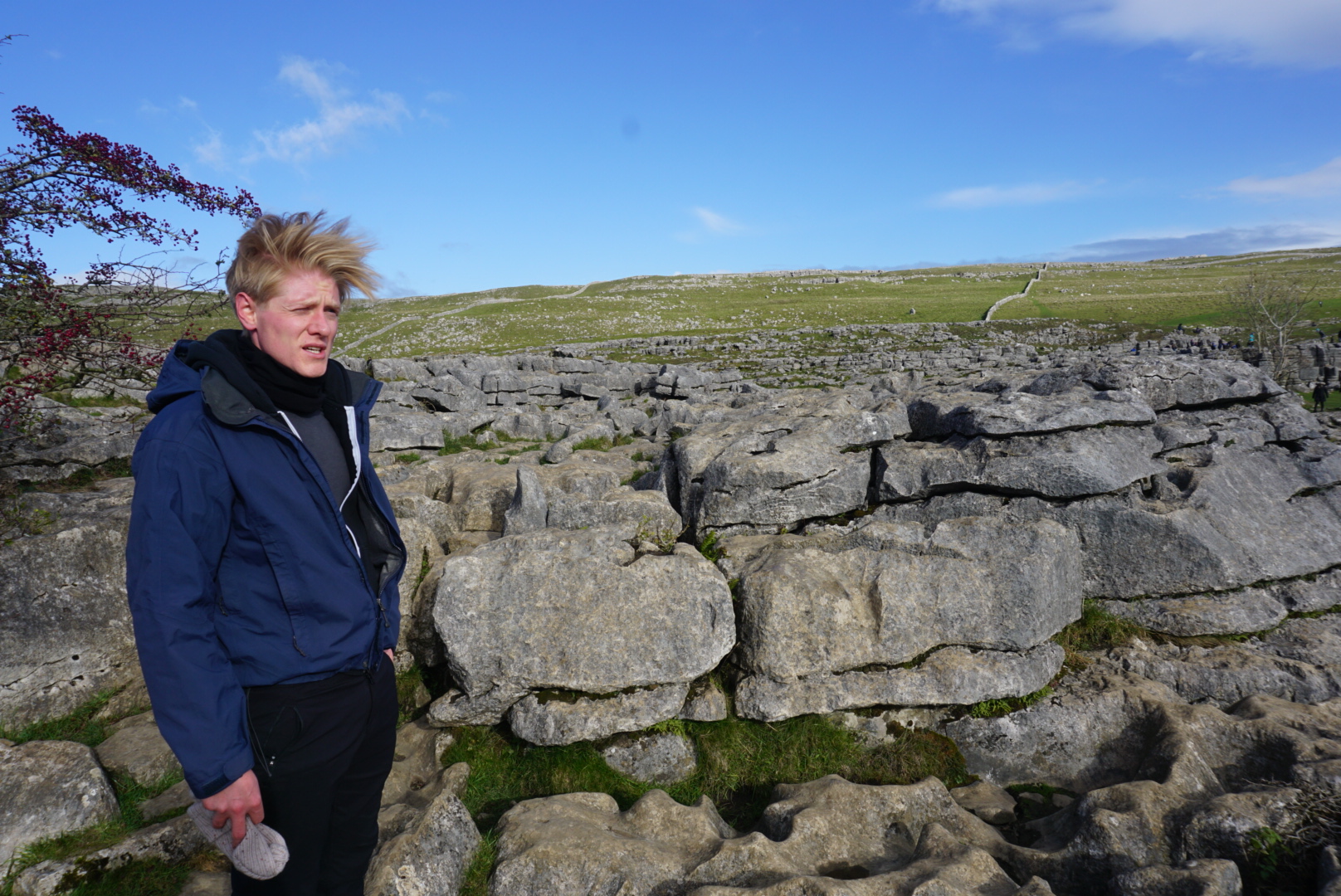 Keen to get away from the crowds, we headed towards Malham Tarn.

By definition a tarn is a ‘small mountain lake’. I’m not convinced that this counts as a mountain lake and it isn’t especially small – but Im not qualified to argue and I never listened to my teachers so it’s a tarn… Get over it. 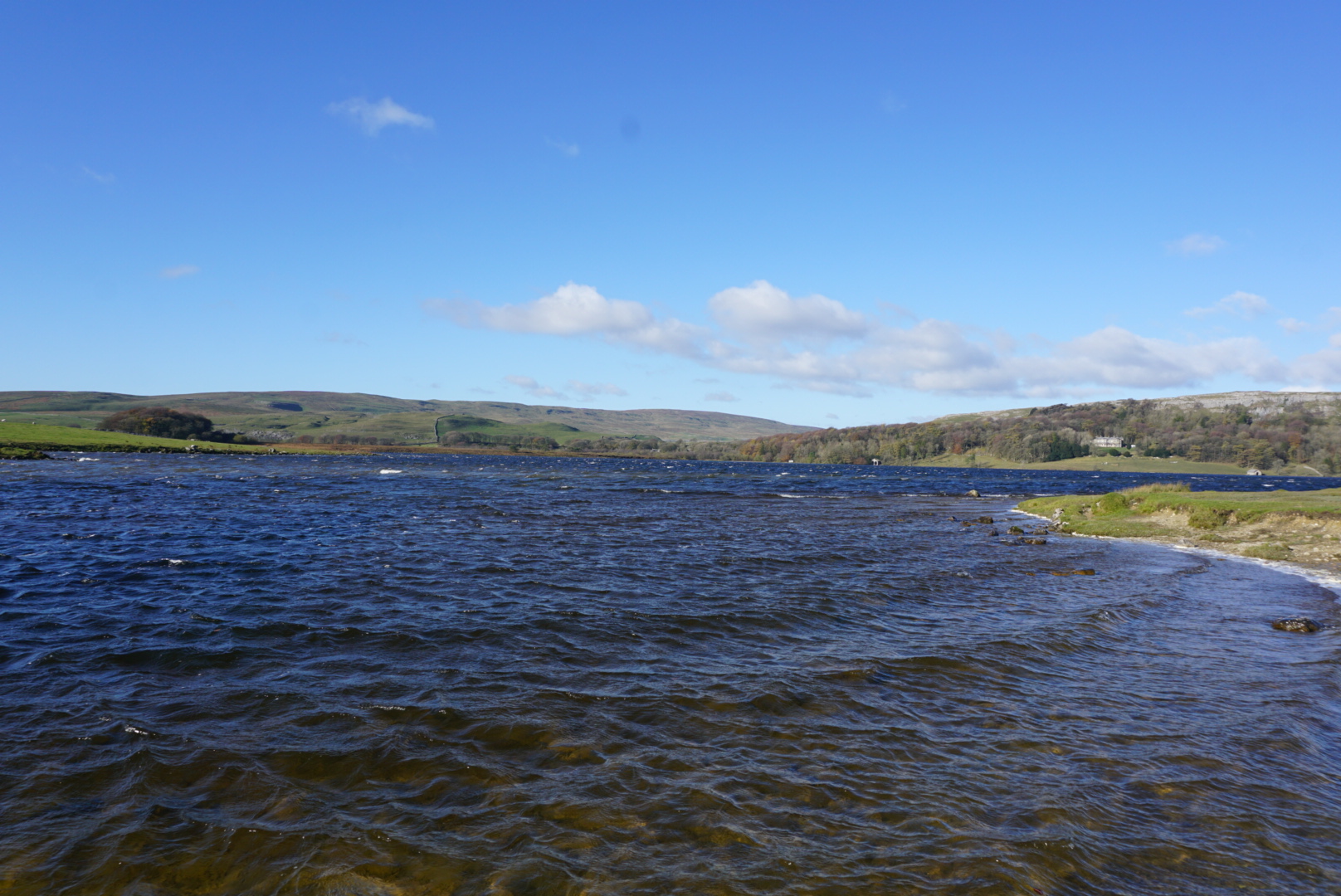 From the Tarn, we walked towards Gordale Scar.

On the approach, a sign warns you of a steep descent ahead. What it doesn’t mention is that the steep descent is over the edge of a waterfall that you have no choice but to climb down.

So, dodging a slightly nervous couple that were clinging shakily to the rocks, we hopped down a level and carried on our way. 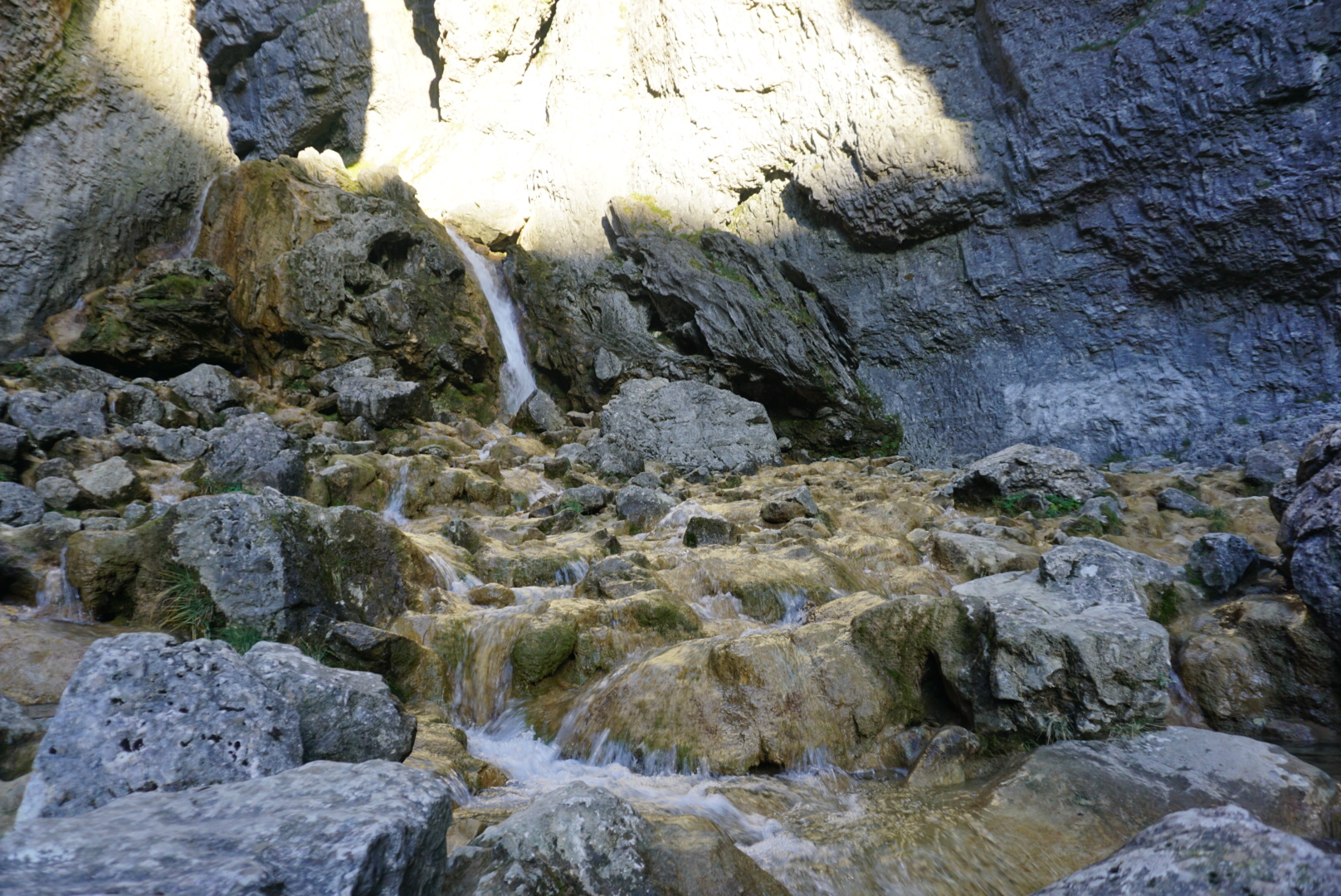 We finished the walk back at Malham Cove, just as the sun began to set – which gave a whole different aspect to the limestone pavement and cast a really lovely light over the valley below. 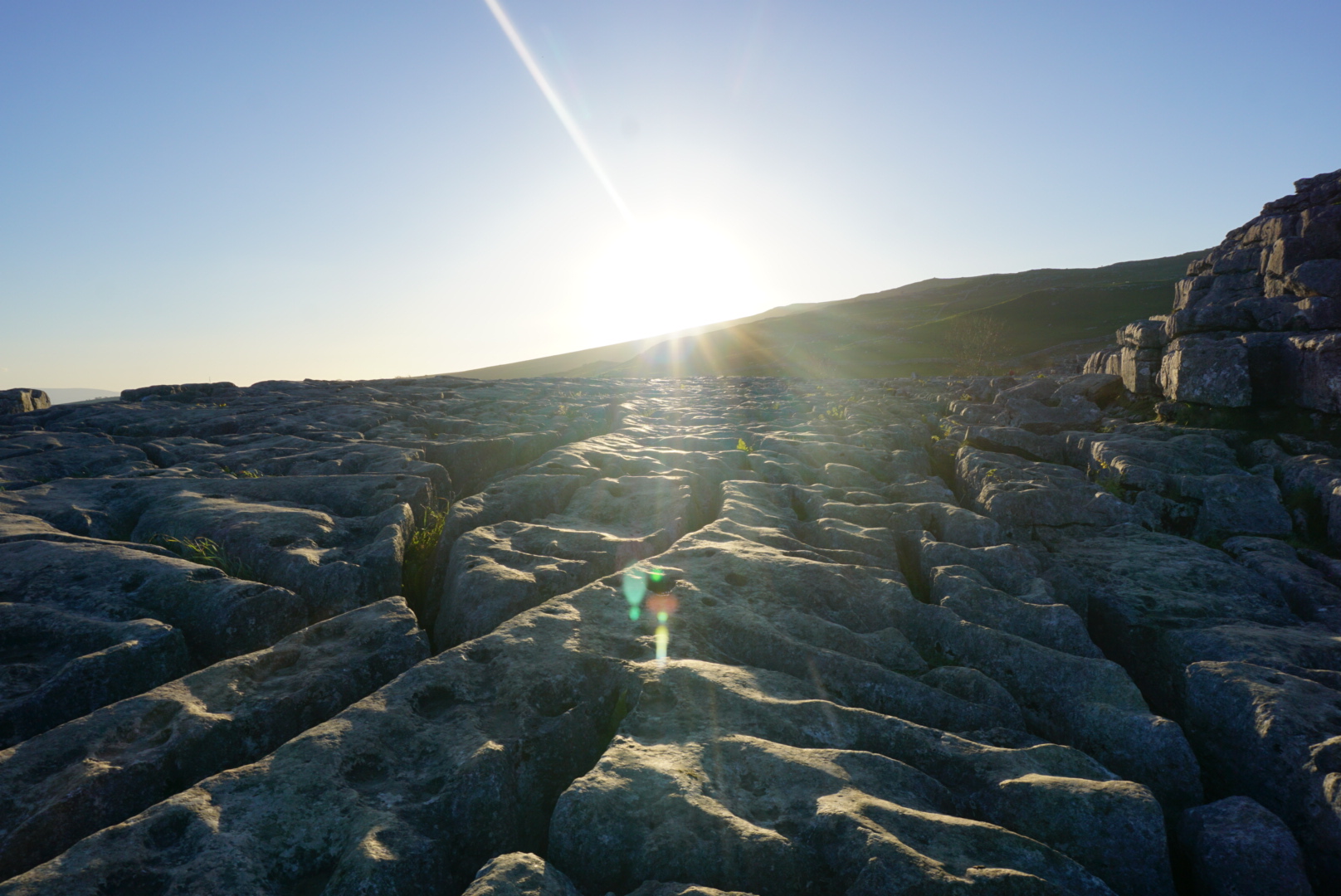 I strongly suggest that everyone gets themselves a cousin… It was a real treat to catch up and recap on our barmy family in the crisp winter sun.

Naturally, we went out to grab a beer in the evening… 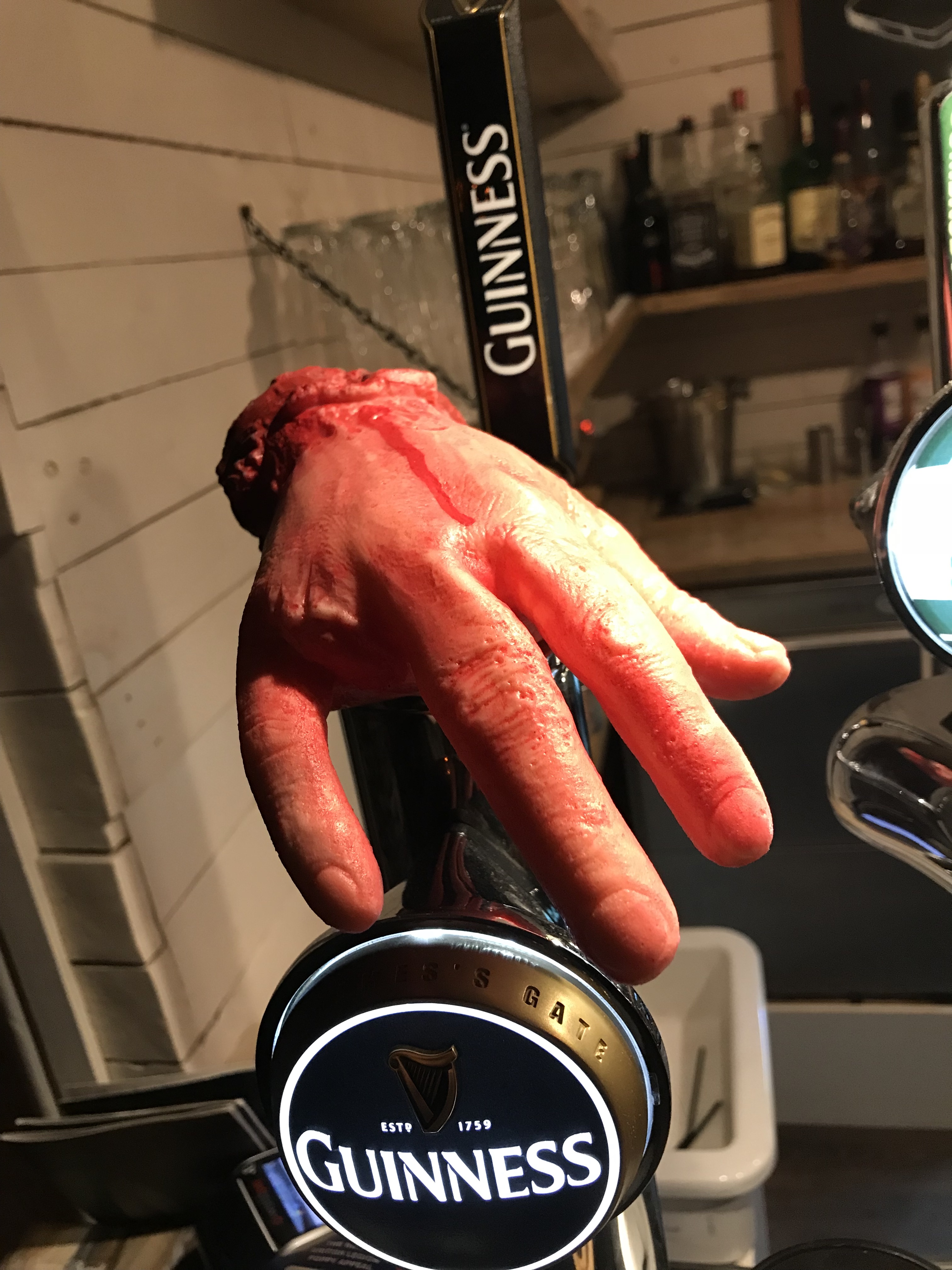