I finally did it. My dog is dead and buried. 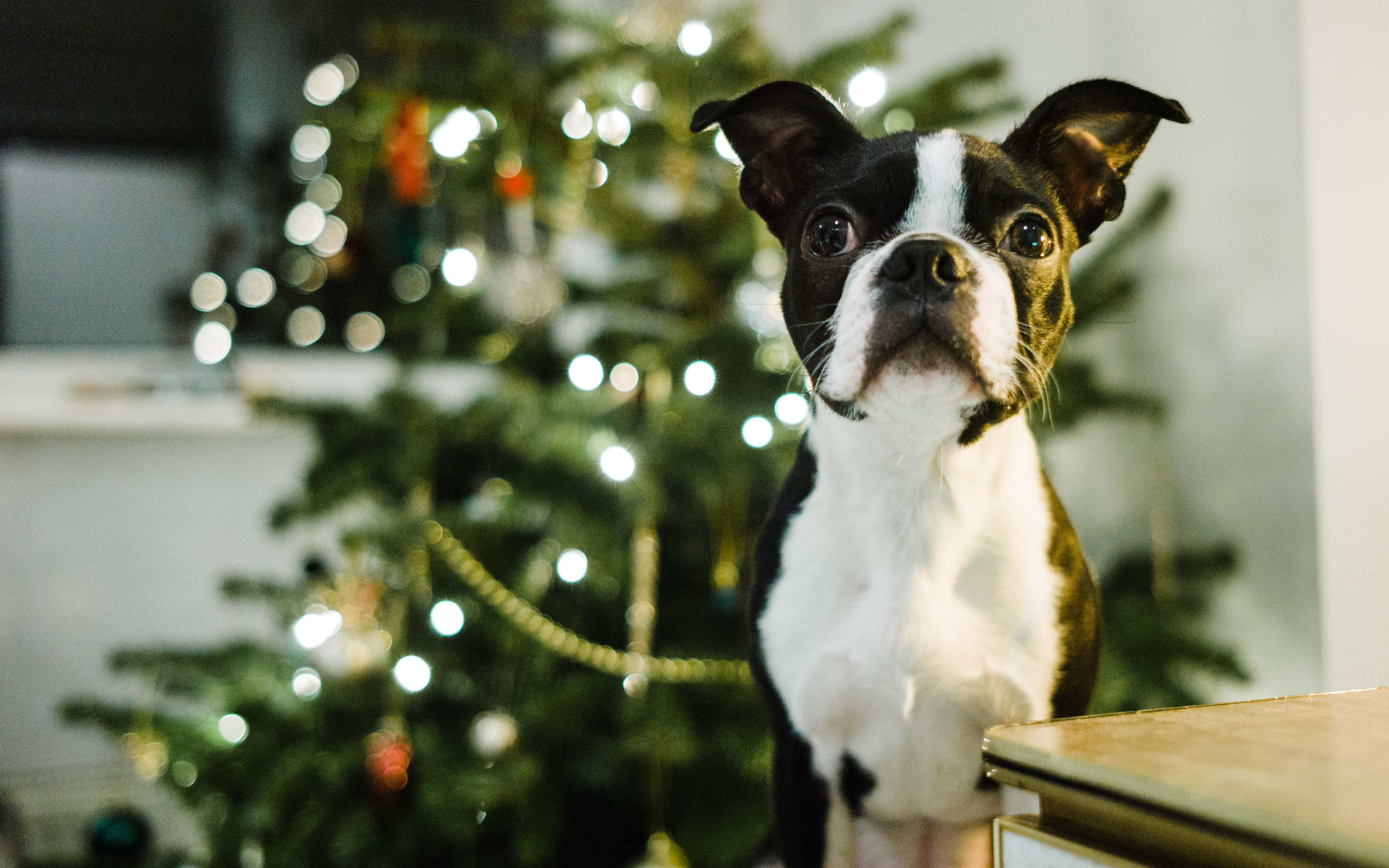 Of course I’m not talking about my 7 month old puppy… Let me explain.

My trip to Durham was a bit more ambitious than the previous two weeks. After finishing work on Friday I had a quick cup of tea with my sister who happened to be in London for an interview (Good luck!). Then I ran home to have dinner, before packing a bag and heading to Victoria station to catch the 11pm coach to Durham – arriving at 5.40am the next morning! 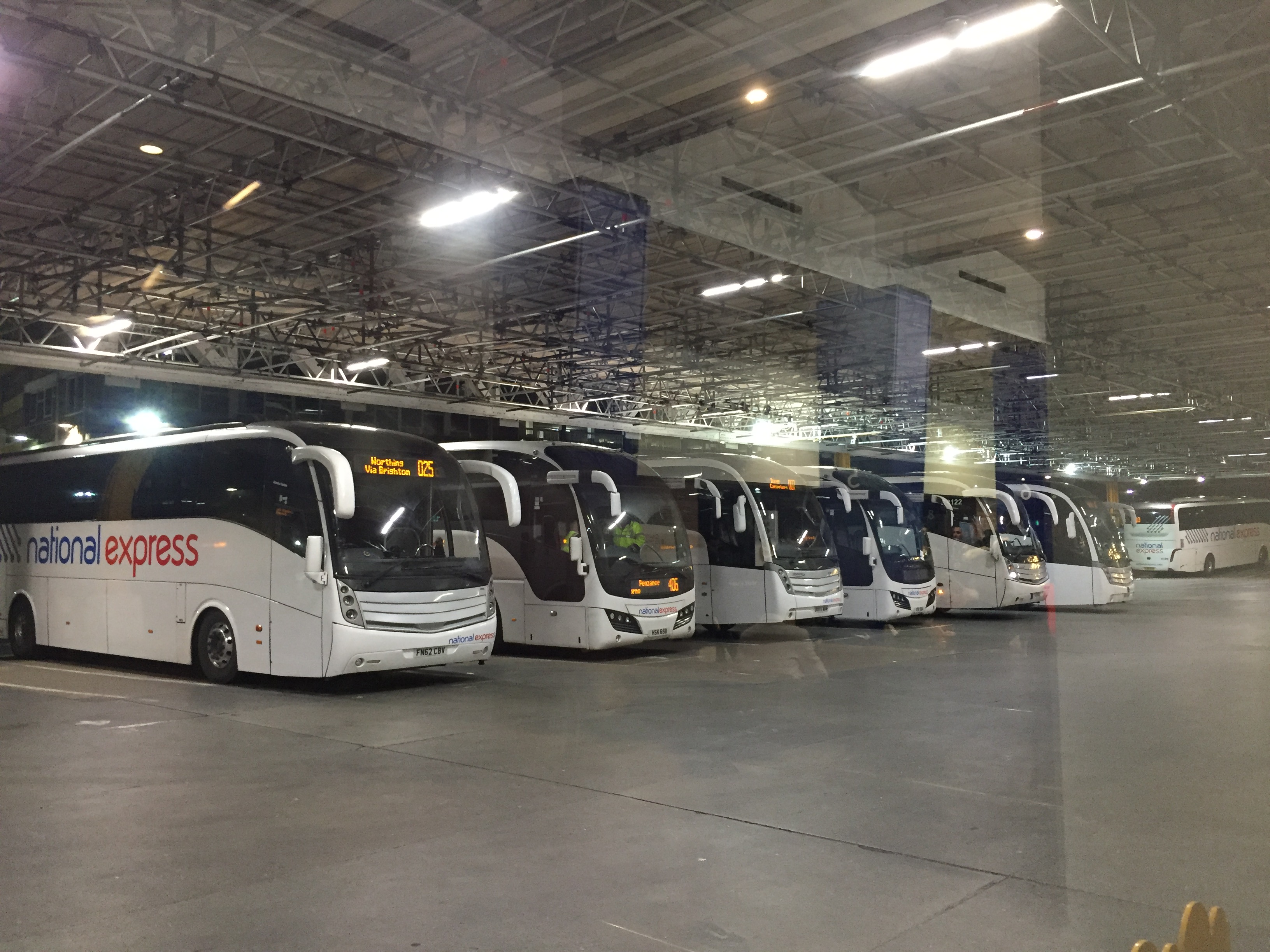 I nearly settled down in front of a crying baby, but quickly moved and dug in for a night of being rattled around. I managed to get 2 hours sleep, interspersed with staring out of the window and flicking through my book (lost Japan, still working my way through).

As we moved closer to Durham I started to feel a bit of angst – there was a lot of snow outside. Where was I going to go at 5.40am? Why did I think it was a good idea to send myself up the country in the middle of the night when it’s -2 degrees? and why did I wear pyjamas under my jeans instead of buying thermals!?

I arrived, hopped off the coach and headed straight for the Cathedral, less for religious reasons and more because it looked great against the night sky and the snow (although I need to get a better camera!). 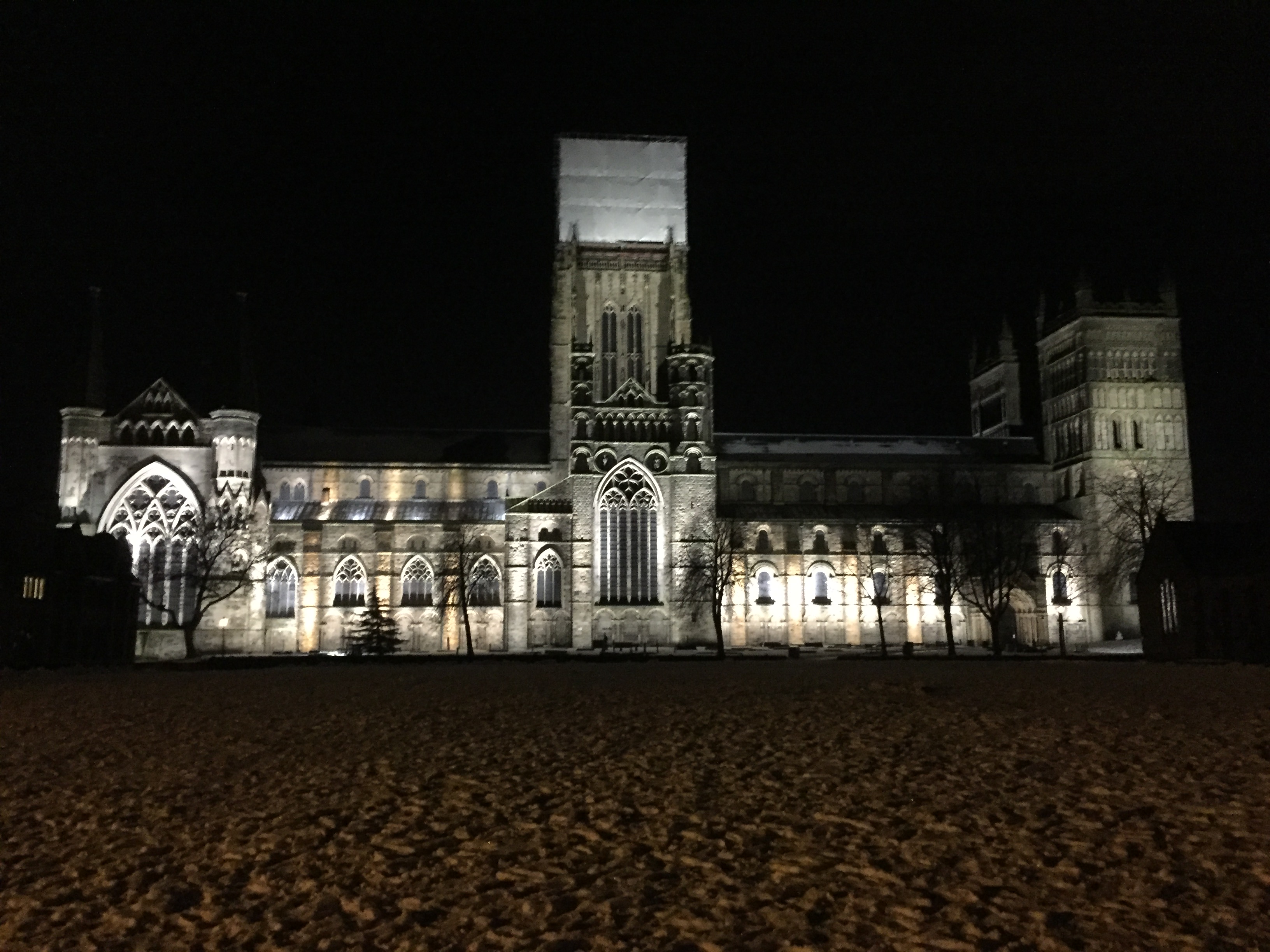 Despite being born here I hadn’t been to Durham for 17 years, so I decided to take a trip down memory lane and instinctively began walking out towards Sherburn, the village I grew up in.

It was still dark a couple of miles later when I arrived, so I carried on up Sherburn hill and down into Shadforth. Here the sun began to rise and I could see there was a cloudy but dry day ahead. 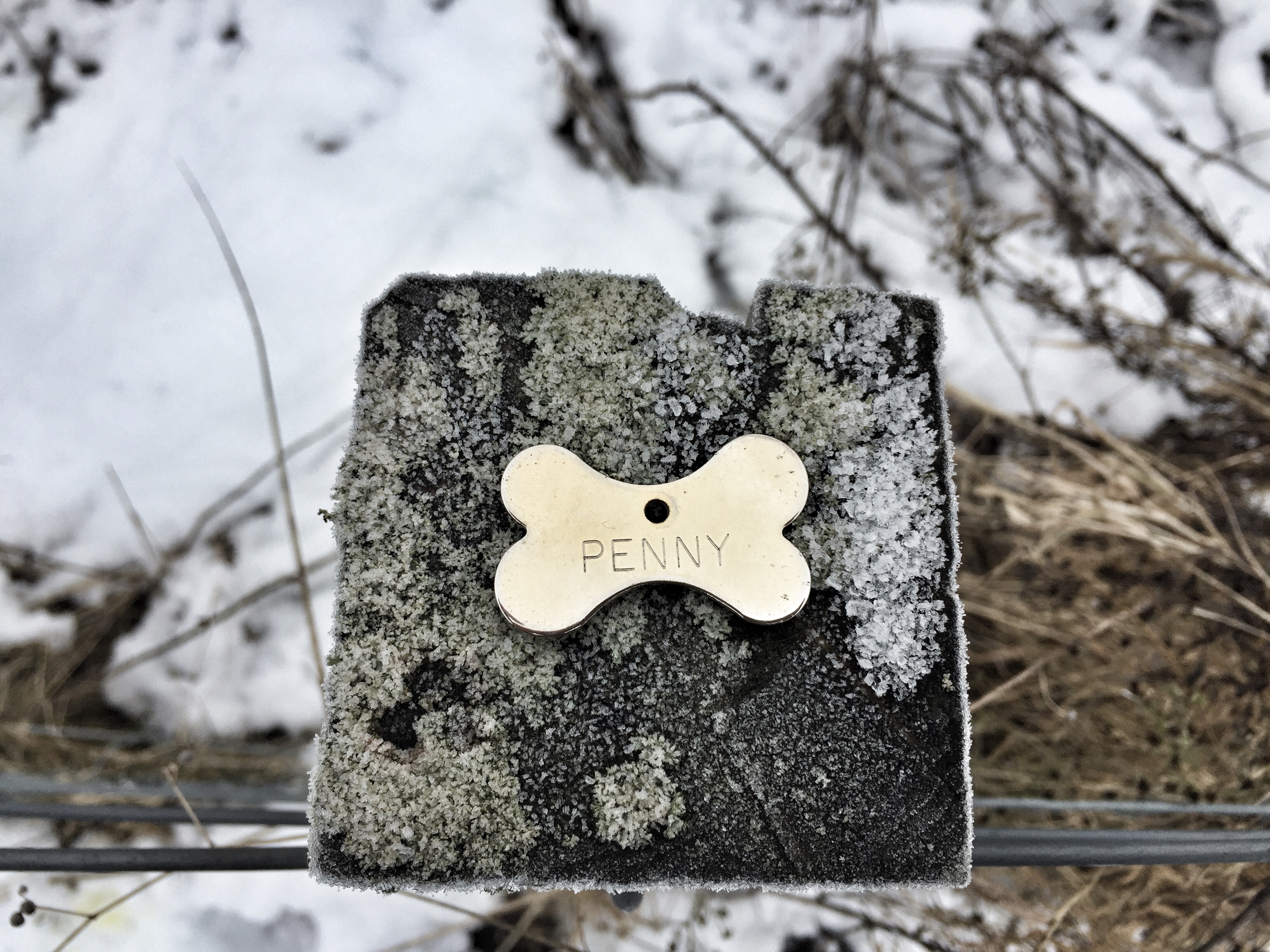 8 miles later I arrived at Wingate Quarry Nature Reserve, after a hike along some icy back roads.

This was where I had come to bury Penny – my childhood dog. I loved that dog, and particularly loved walking her around Wingate’s winding paths and quarry pits. She always sprinted off as soon as we unclipped her lead and occasionally popped her happy little face up before disappearing again (usually to my mums growing distress!)

Every time we tried to get Penny back in the car she threw herself into the pond next to the car park, caking herself in swampy grime.

So with a sting of nostalgia I threw her dog tags in, plunging her into the stinking slime of the pond for the last time – a proper goodbye. 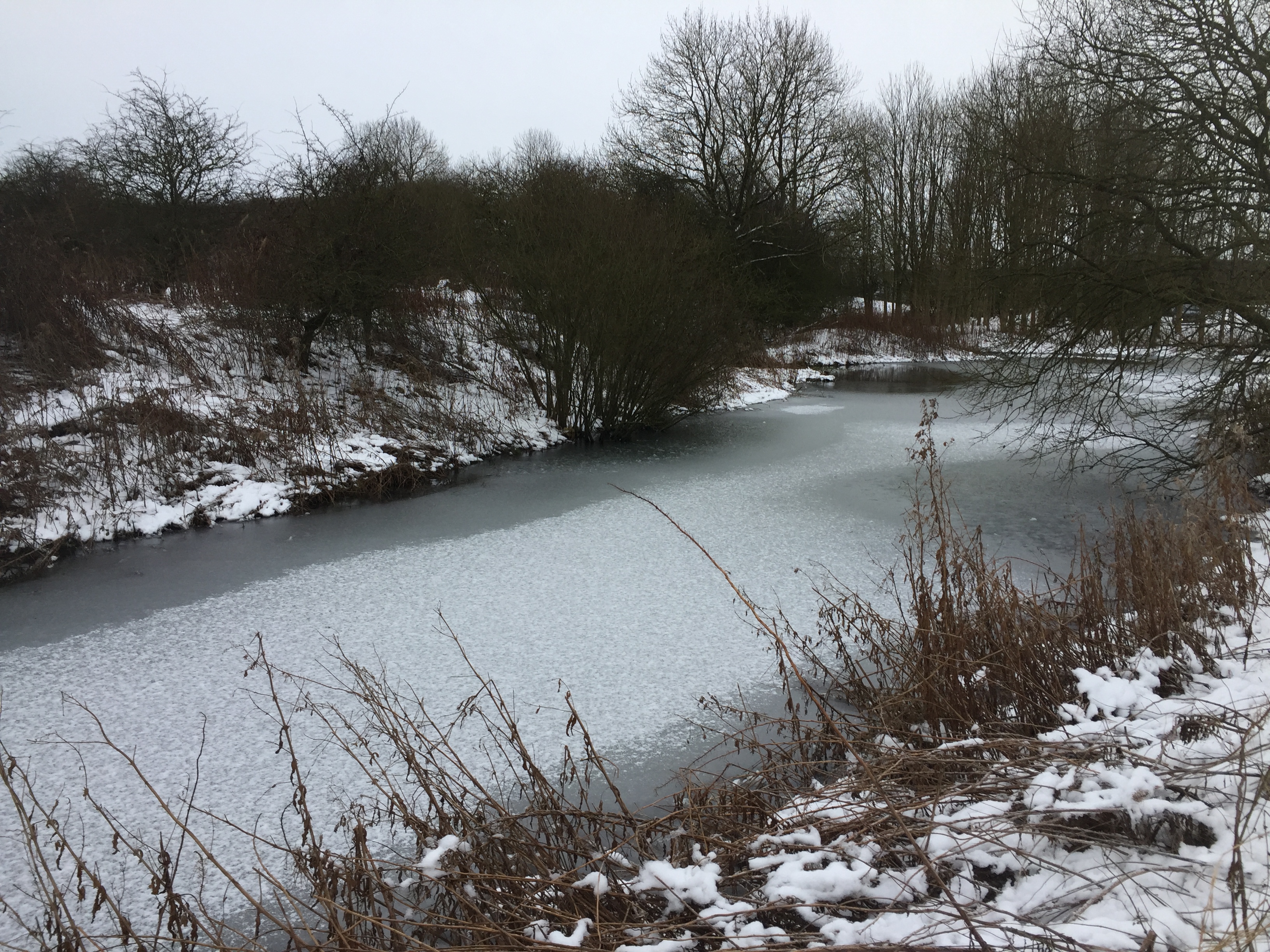 Breakfast was leftover pizza and four cold slices later, I headed back the way I came to take a proper look at the village that I grew up in.

Everything looked pretty much as I remembered (maybe a bit smaller). My childhood home had been bought and developed, fortunately google maps hasn’t been updated since 2011 (when my parents still owned the house) so I was able to do a before and after: 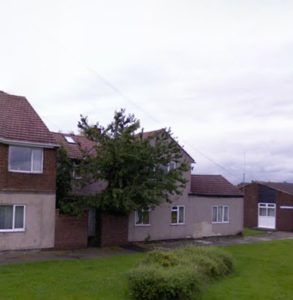 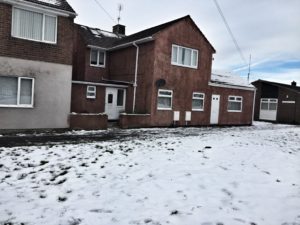 This house used to be a shop before my parents bought it (probably for £30) back in the 90’s. The outside walls were coated in crumbling pebble dash and it was freezing. This was demonstrated by my goldfish who’s bowl once froze, turning him into a big round ice lolly. Sadly you can’t just thaw them out and carry on, so he had to be thawed out and flushed instead.

Kind of ironic considering the name of the shop that we bought him from. 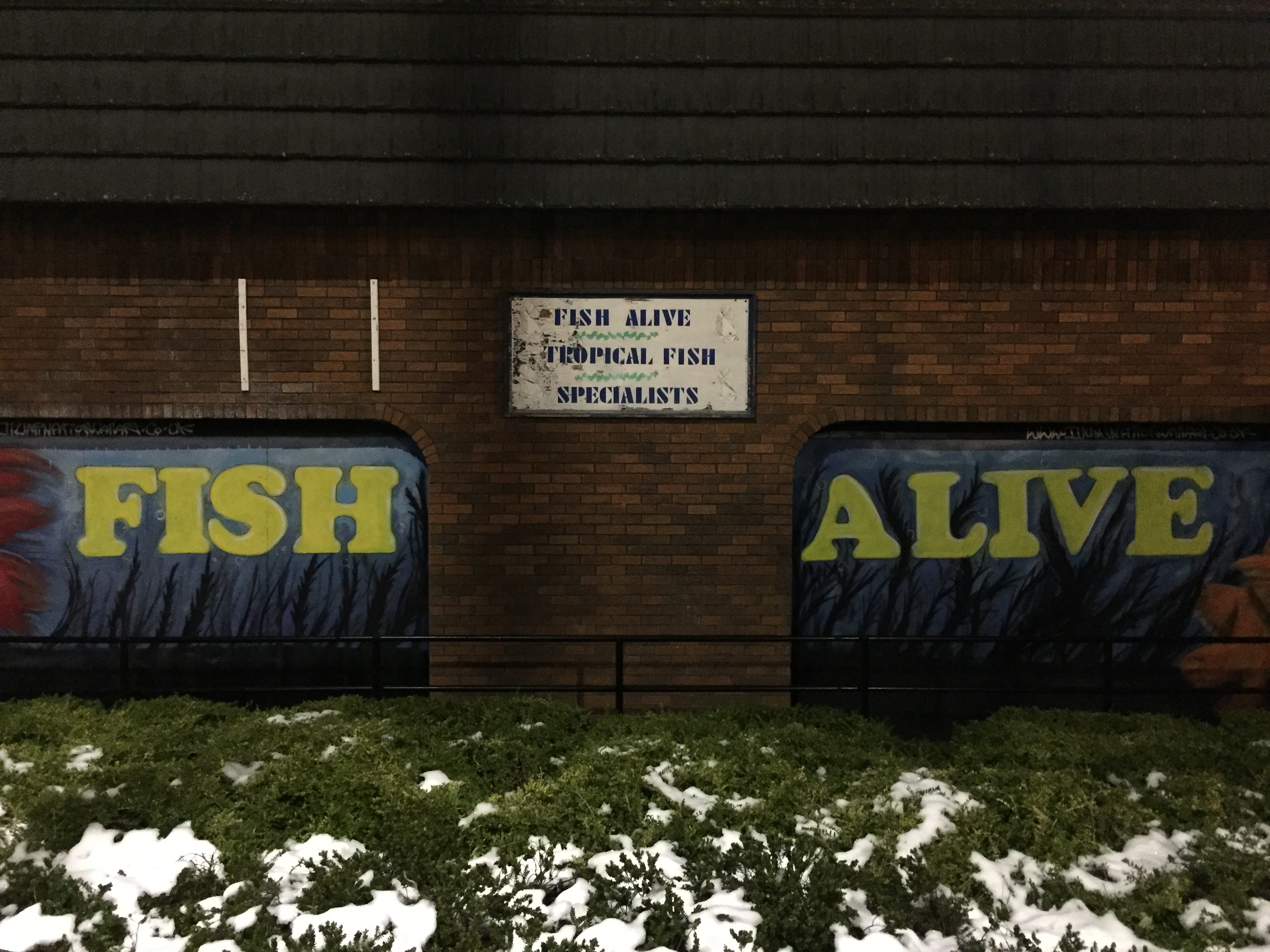 Back in Durham city, I stopped for a cup of tea before heading to the botanical gardens.

An amazing lady called Diana Tree used to look after me when I was young. She died when I was 11, but a memorial bench has been allocated to her in these gardens and we were overdue a catch up. 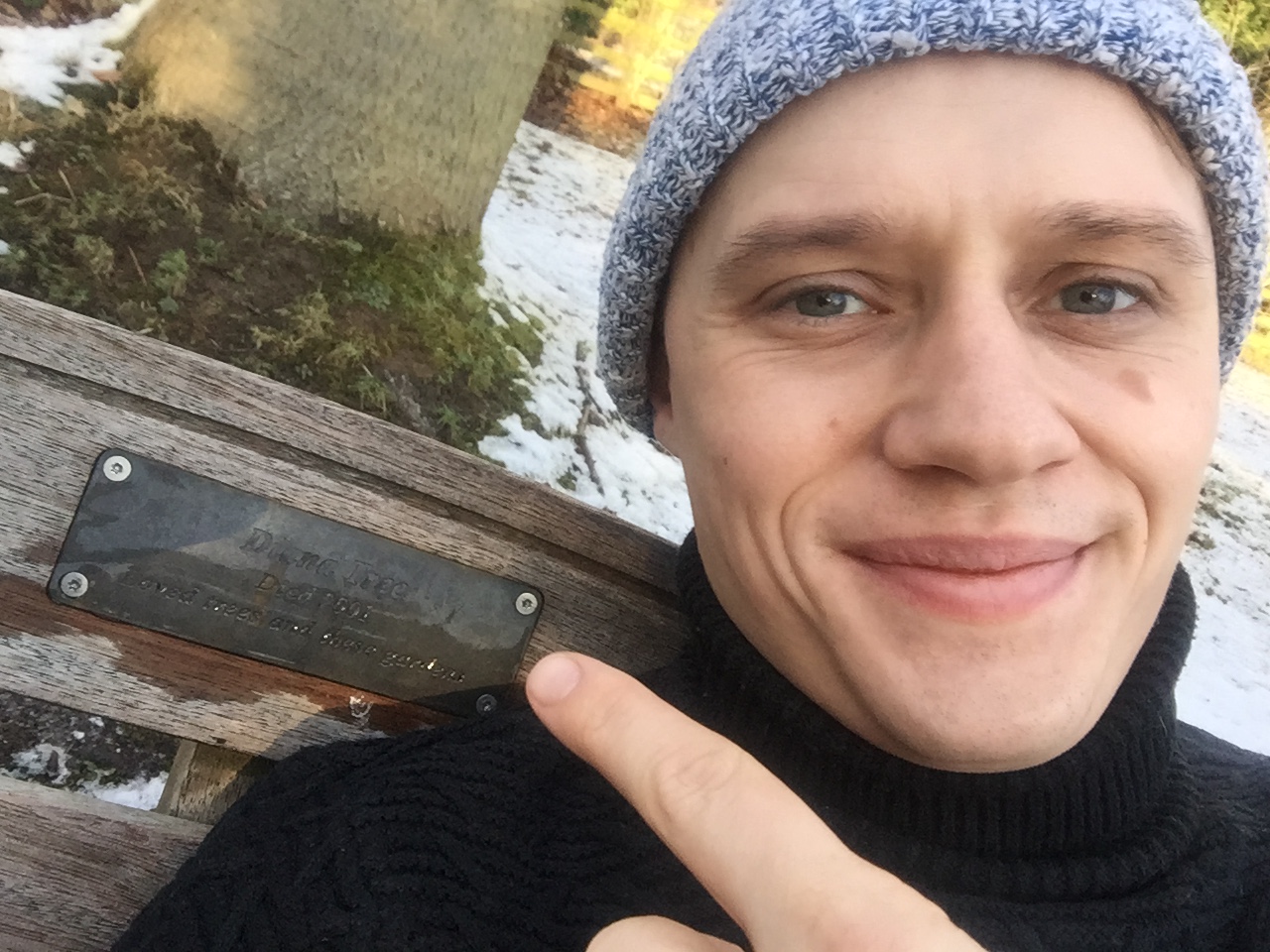 I’ve never spoken to a bench before, but it only seemed right to have a catch up after all that time before taking a look around the botanical gardens, which are still beautiful. 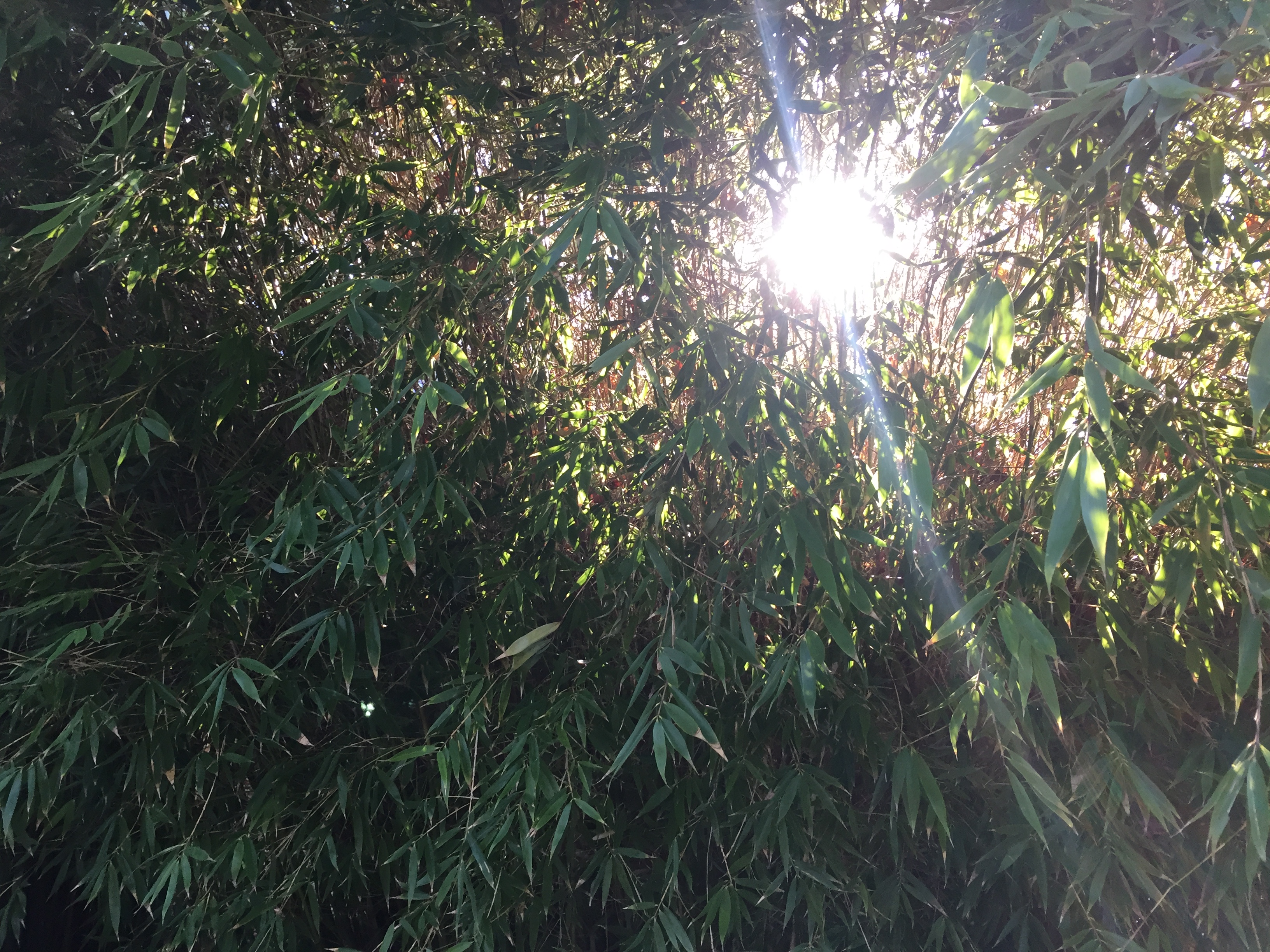 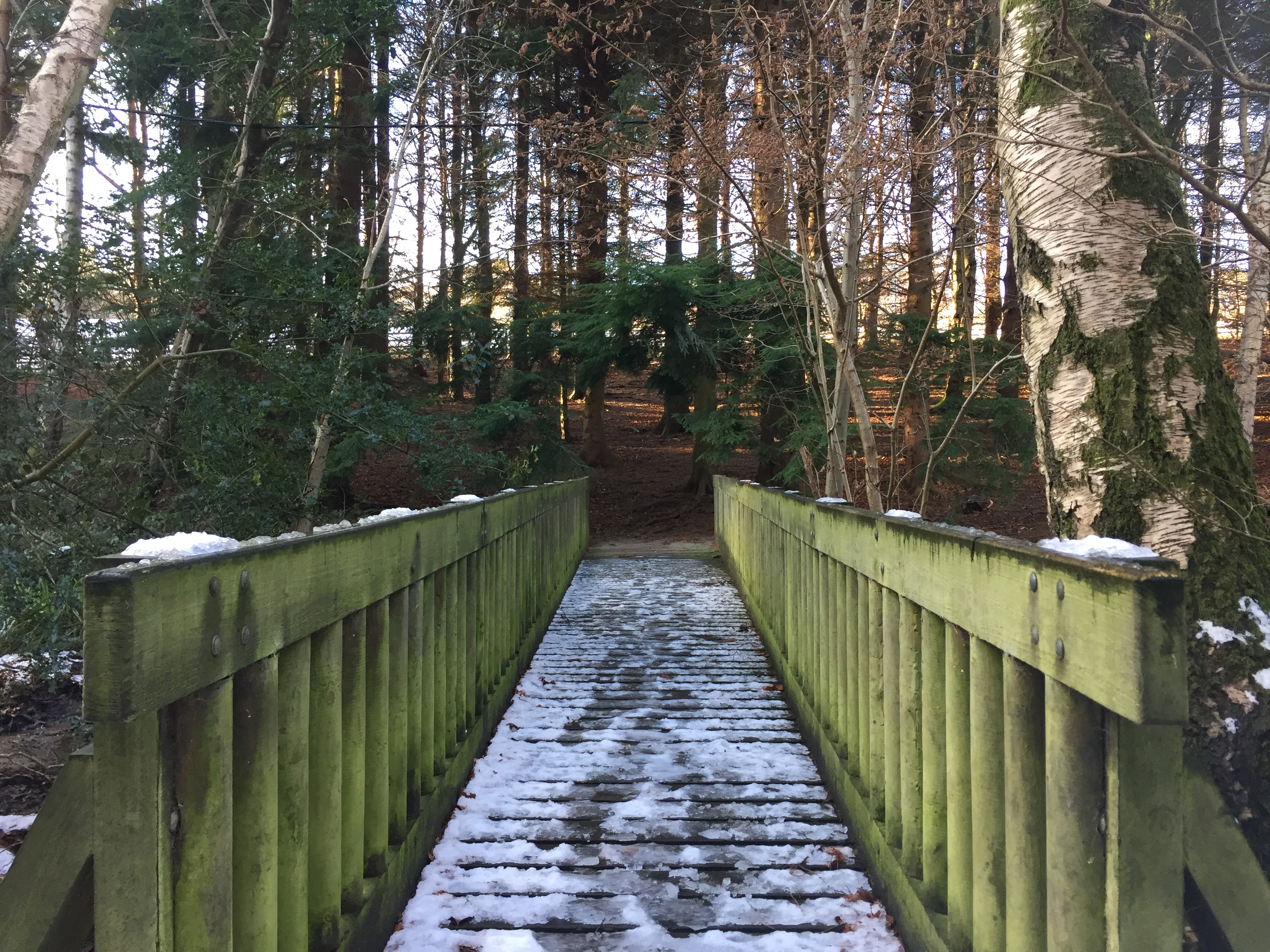 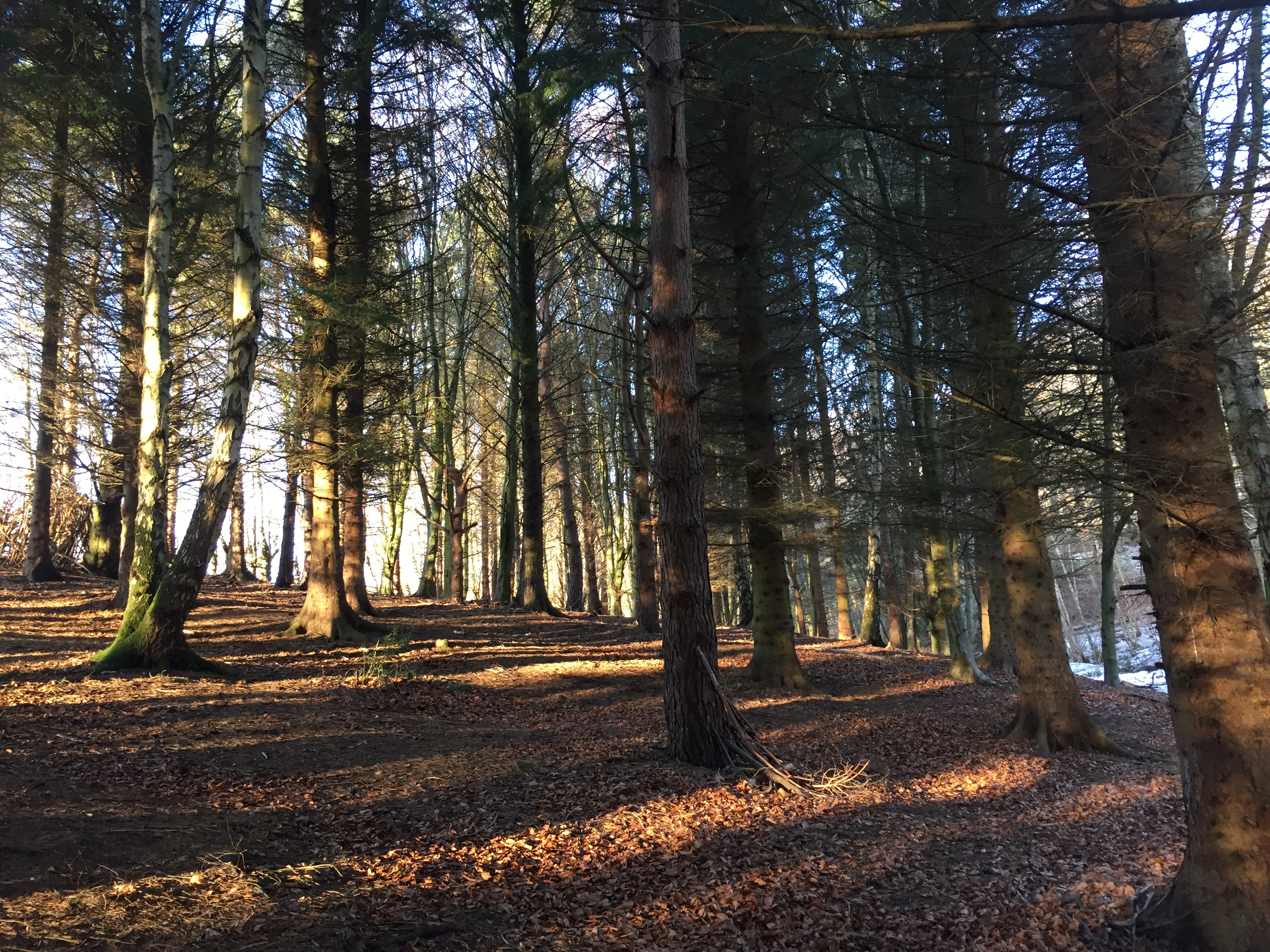 At this point I’d done a good 21/22 miles of walking, so I found a lovely little cafe by the cathedral for a snack.

The Durham Cafe can be found at the bottom of Owengate, they serve tea by the pot and scones bigger than a bunched fist. 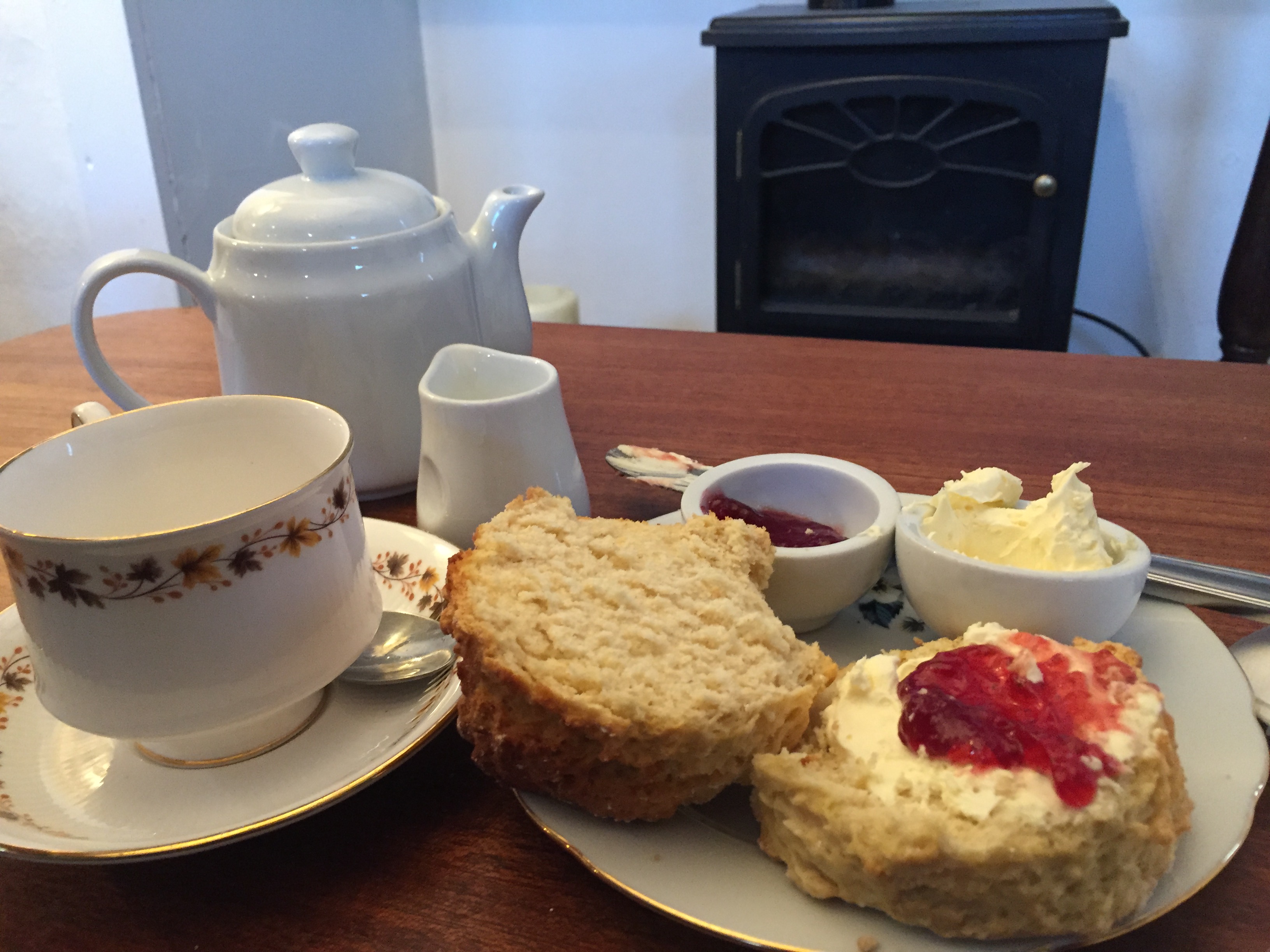 I sank into one of their sofa’s and leafed through my book for an hour, passing the time until I was due at my friend Yvonne’s, who fed me a tasty dinner while we caught up on the last 10 years.

The next morning I said thanks and goodbye to Yvonne, and headed to the coach station.

As I was about to leave I recognised a man that I met the day before at the botanical gardens. He stubbed out his cigarette and nodded at me. ‘Ya find that bench yesterday marra? he said. ‘I was gan come help ya but you’d arlready gan’.

I was pleased that I could still understand the accent, but careful not to try and do it myself.