On Saturday morning I was woken up by my neurotic downstairs neighbour screaming ‘Fuck off… You cunts!’

Not as good as being woken up with a hot cup of tea… But it was a reminder of why I am doing these trips and how uptight life in the rat-race can get you.

Then I got up and made a nice hot cup of tea (and an omelette). 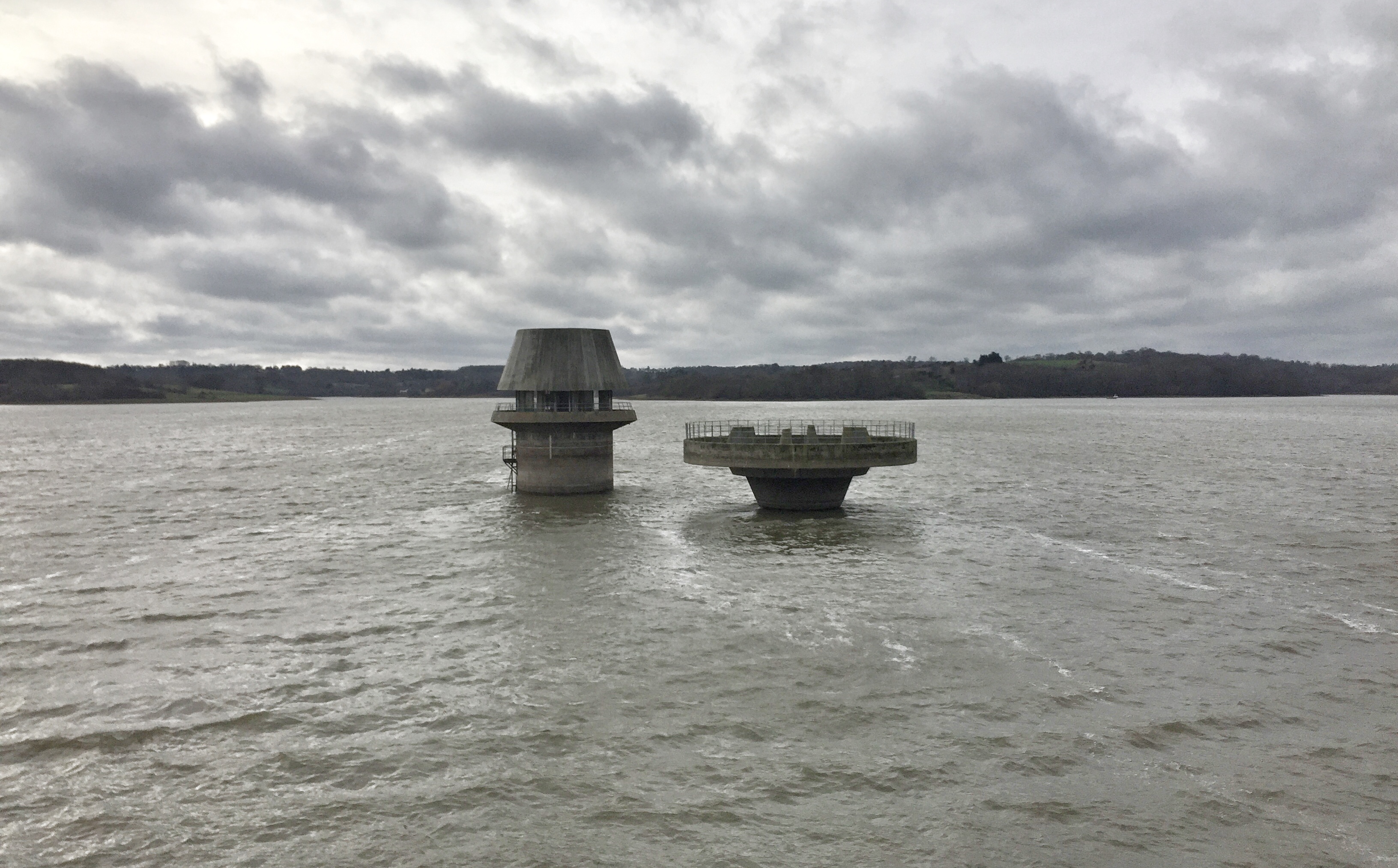 Bewl Water is about 40 miles outside of London and you can be there in an hour with a car (from East Dulwich), it is the largest reservoir in the South East of England, with a 13 mile round water walk that takes 6 (4 really!) hours. If you don’t believe me… 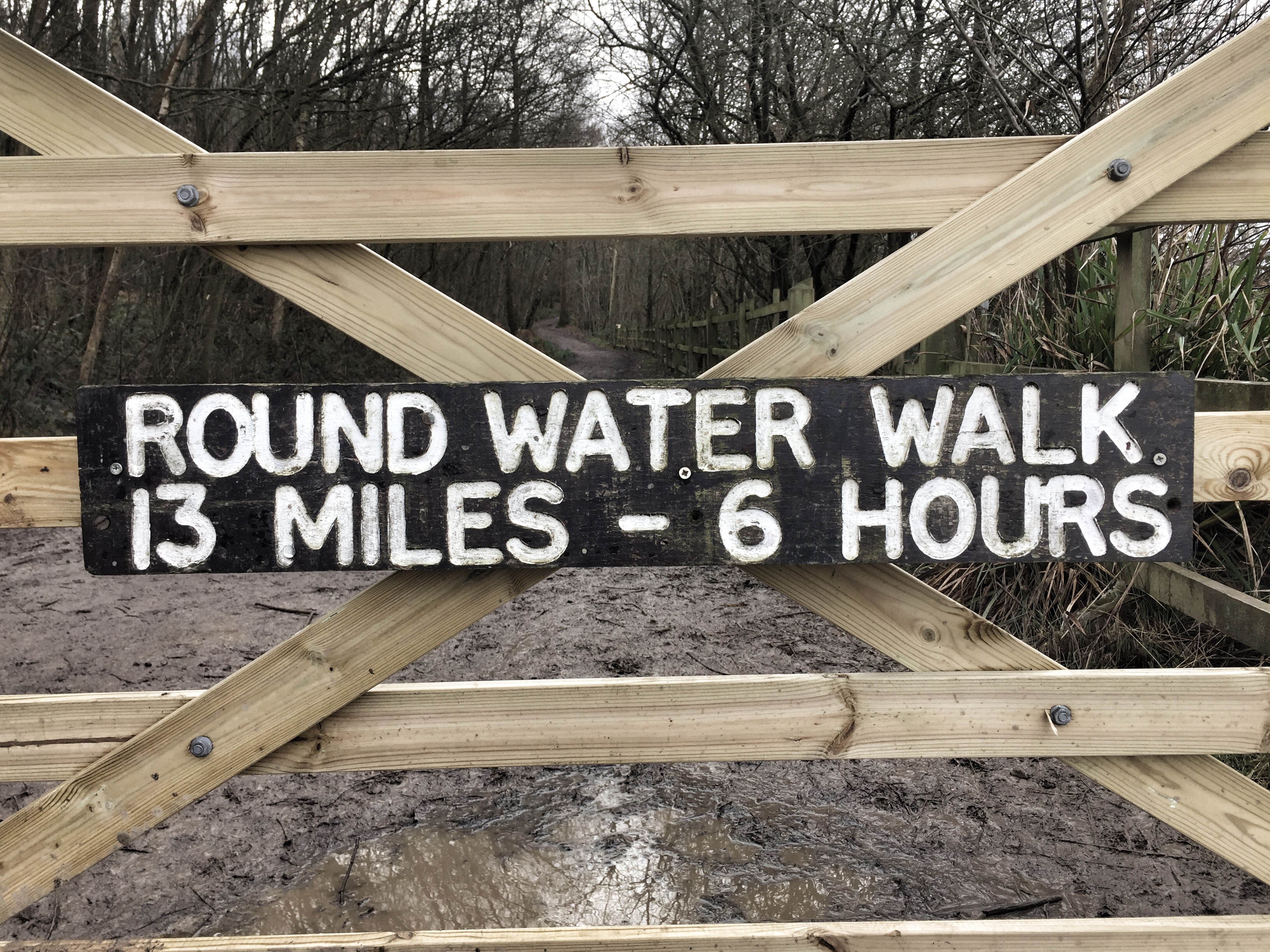 Setting off from the carpark, I got stuck in the middle of a large group of ladies, out to do the same walk – one of them was wearing a pair of water-proof gaiters that I silently laughed at and dismissed as stupid looking.

The walk begins along the reservoirs main wall, there are two buildings that poke up out of the water (pictured at the top). According to the website the taller of the two was designed to draw off water when needed. The other was the overflow which was built to prevent the reservoir from getting too full. I would love to see them converted into holiday cottages that you could row out to and put on AirBnB… Just saying.

At the four mile mark I heard what sounded like a parrot squealing so I was pretty shocked when I turned to see 3 dogs that looked a lot like my puppy – I stopped the owners to make sure they weren’t Boston Terriers because I’m pretty sure that noise would be a deal breaker for the puppy and I. 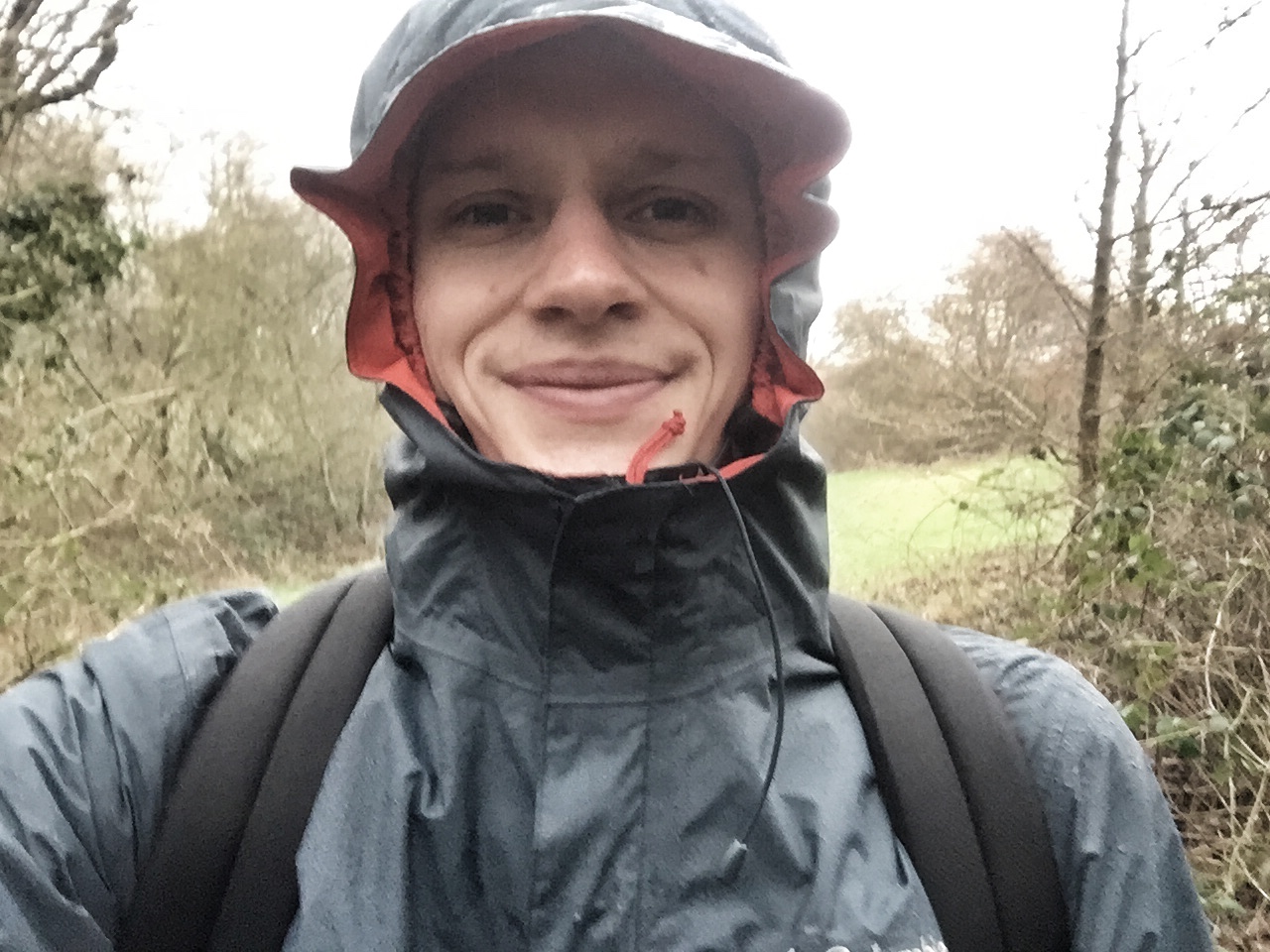 Shortly after this I came across my accidental walk buddies for the day –  a family of four out for a very slow bike ride through the mud.

One of the kids had just fallen off his bike when I walked past, so I helped him up and offered to push his bike to his parents. ‘Thanks sir, it’s awfully muddy’ he said, sounding weirdly like a Dickensian urchin. His mum instructed him to say thank you, as mothers do, which he did – taking it one step further by throwing out a hand for a handshake, presumably as a distraction so that he could pick my pockets.

Next I discovered the reason why I was wrong about waterproof gaiters, and I would like to take this opportunity to publicly apologise to the lady that I have never met – and privately mocked – for her choice of walking gear.

The reason was a friendly little Jack Russell called Margot, and the lesson was this: 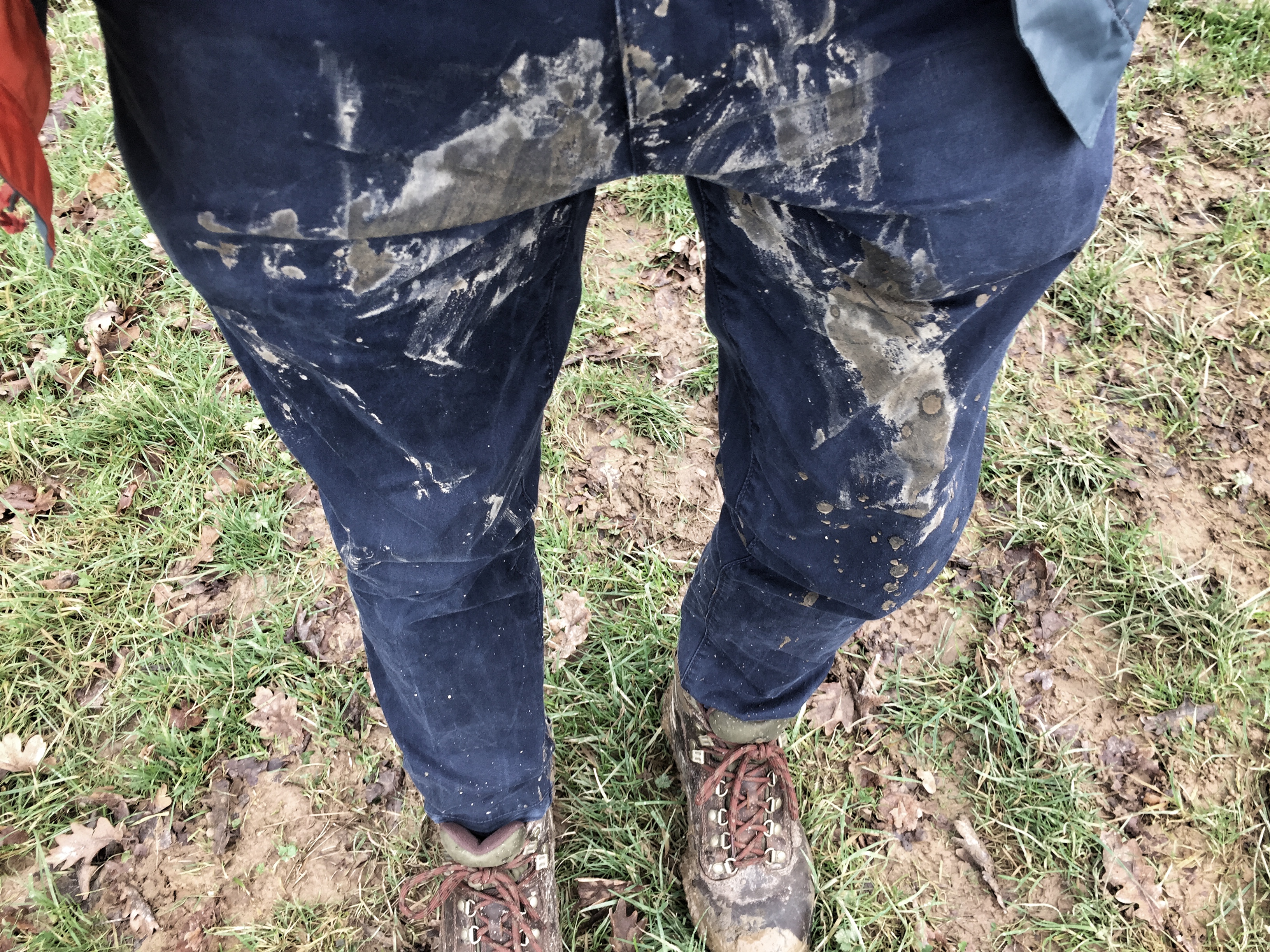 The walk continued along country roads for a few miles, taking me past lots of cosy little cottages and country manors.

About 6 miles in, it was clear that I was going to discover something about blisters for the 7 (sore) remaining miles.

At the next hill I bumped into my walk buddies again, they had cut around the mud and rejoined at a country lane. The dad was a flustered British patriarch, barking out orders and constantly poking and prodding his two sons into line and berating them for the smallest slip ups.

I was thinking to myself that I would never talk to my children like that and then remembered that I had yelled at my puppy for shitting all over the kitchen floor 2 days ago – such a hypocrite. 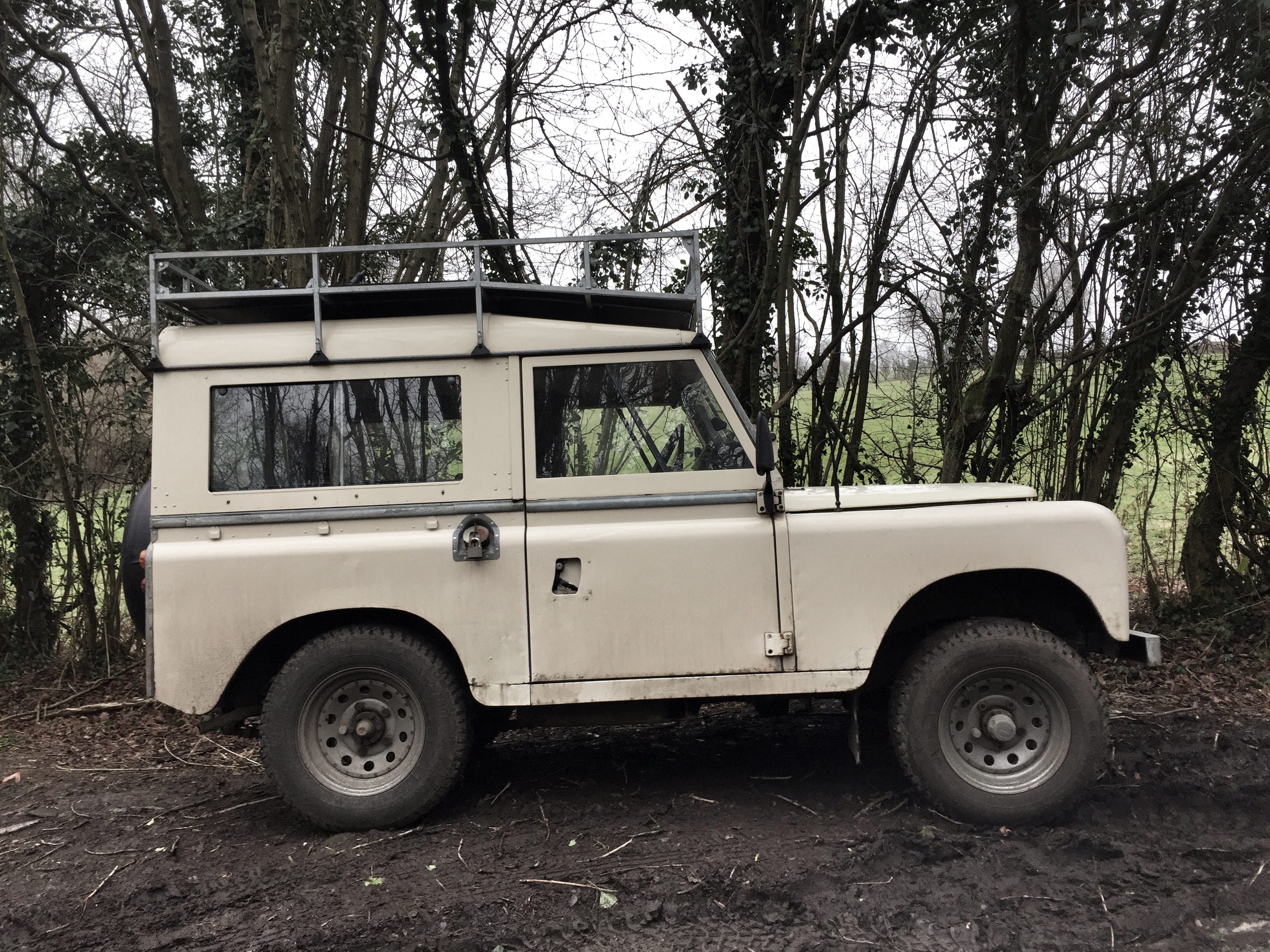 As I cleared mile 9 I came across my dream car, a battered Land Rover defender with four opposing seats in the back and a rack on top that could easily fit a roof top tent… Although it could have been a blister-fuelled hallucination at this point.

Stepping off the road and back into the mud for the final stretch I nodded to my walk buddies (I was out of small talk) who had ground to a halt in the mud again. I cinched the hood on my waterproof as the rain started and winced at the skin tearing off the back of my heals as I passed a sign telling me I was nearly there. 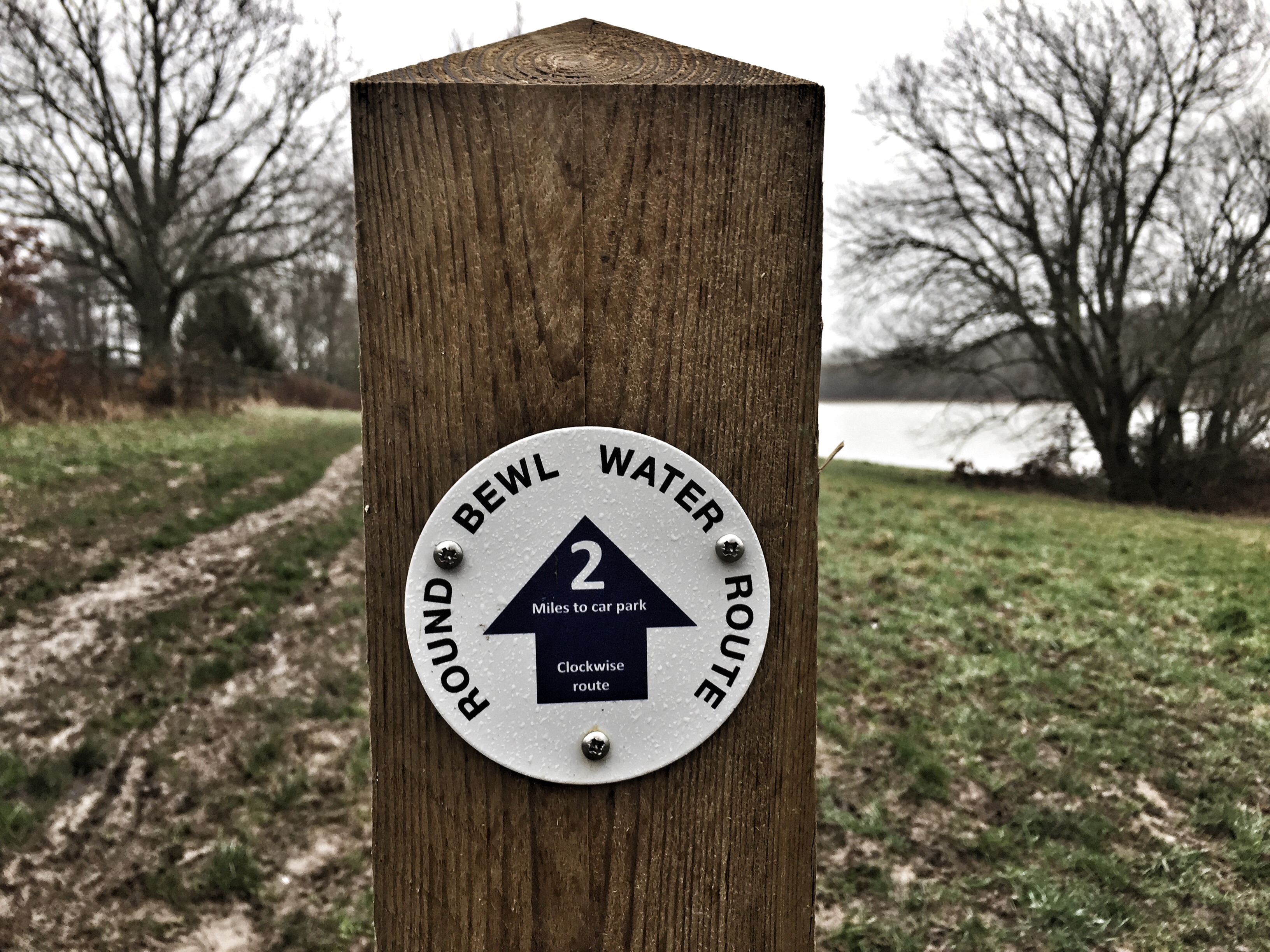 Arriving back at the car I changed quickly and headed for home, I’m really enjoying these challenges but sometimes it’s also nice to sit at home and listen to an angry, noise-sensitive maniac screaming around downstairs while being cuddled by some tiny little fluffy paws.

At home I took a look at my feet: 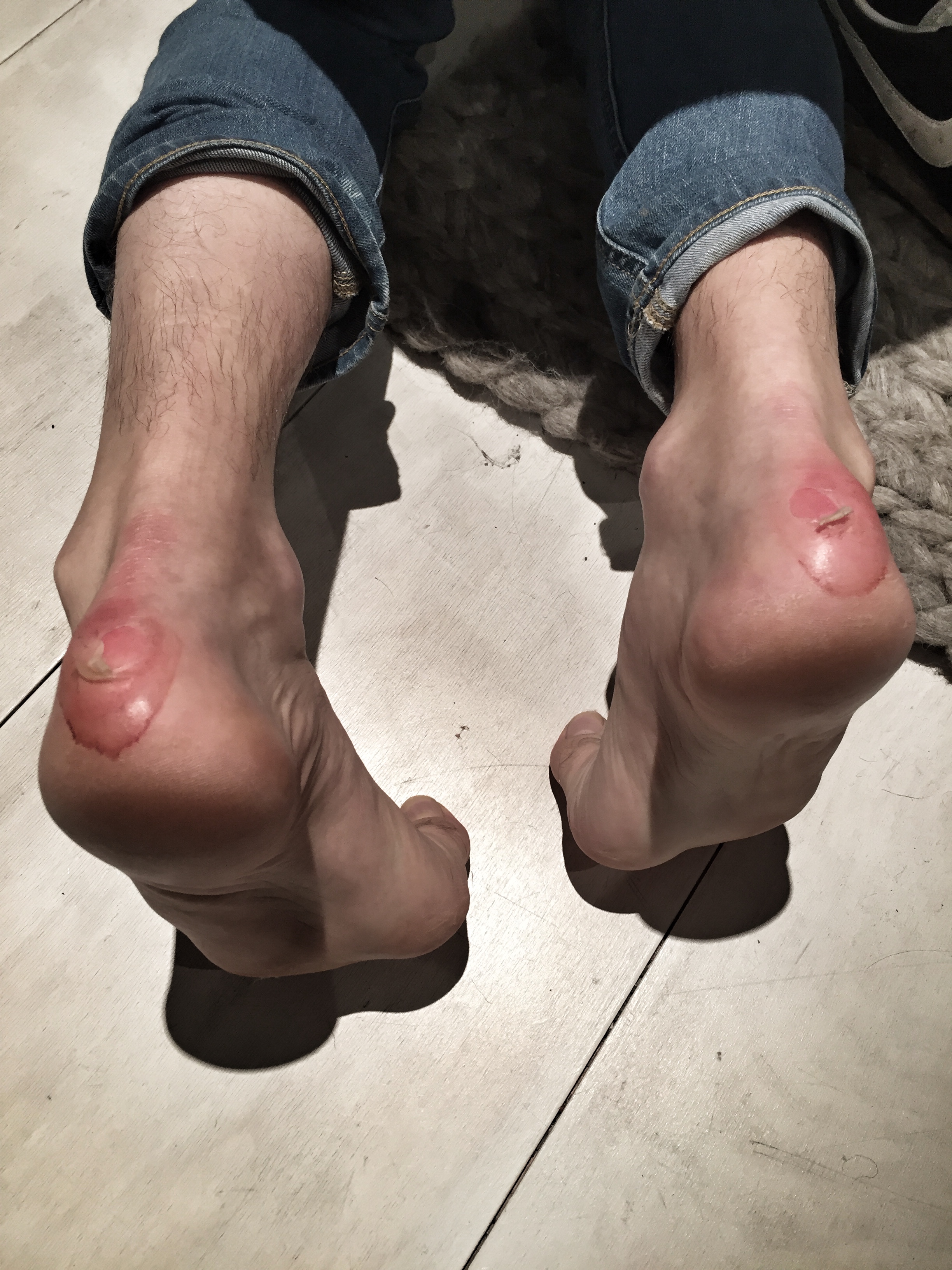