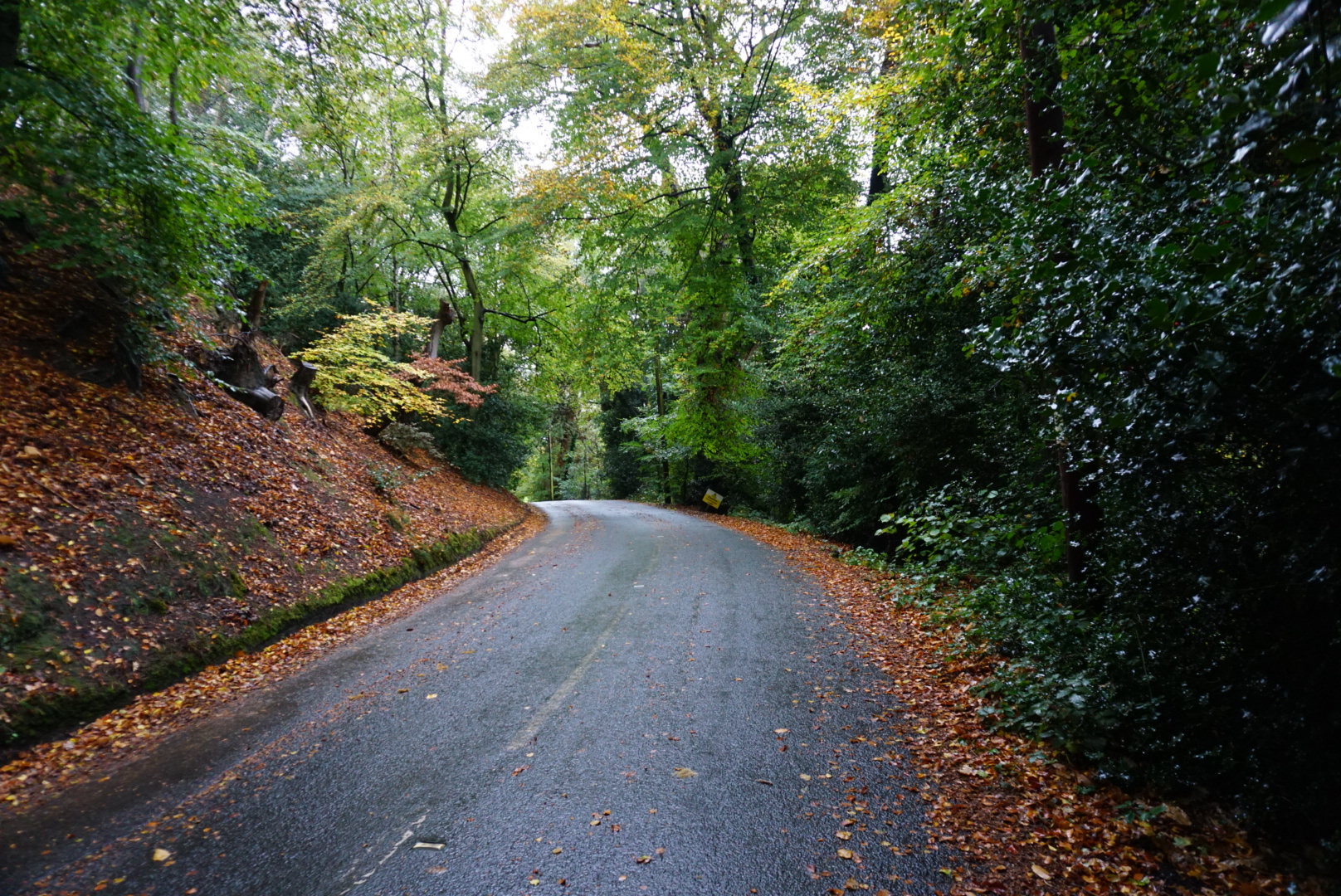 Folklore tells us that Mother Ludlam’s cave was the setting for many stories over the years, none more notable than the tale of the white witch, Mother Ludlam.

Inhabiting the cave in the 17th century, Mother Ludlam was known locally for her generosity – she was happy to lend any of the locals any of her possessions, the only condition was that they returned it to her within 2 days. 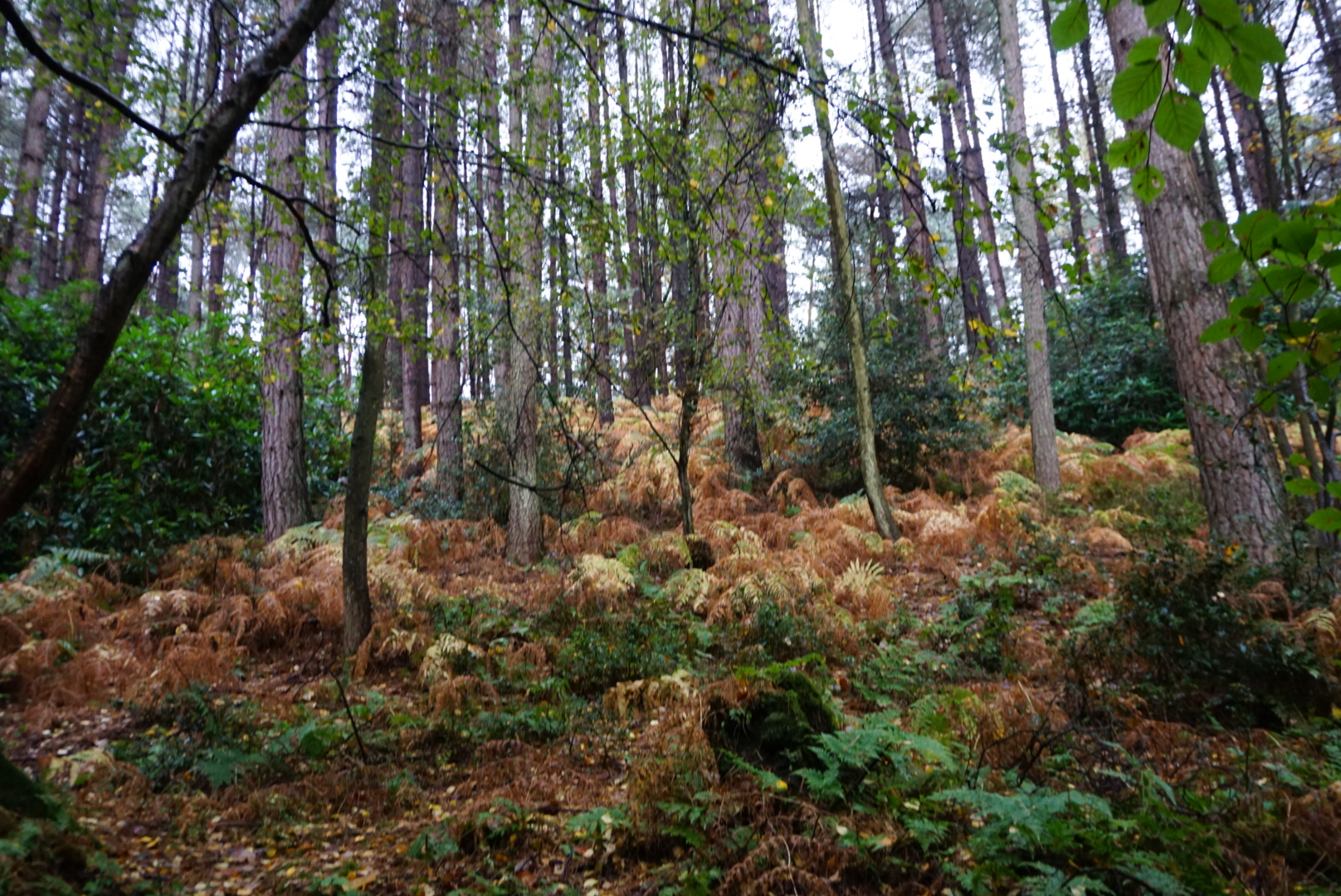 One day, the devil visited Mother Ludlam’s cave and asked to borrow her cauldron, he was in deep disguise so it was difficult for Mother Ludlam to see that this ordinary looking man was the devil… Apart from his hooves, which were a dead give away. 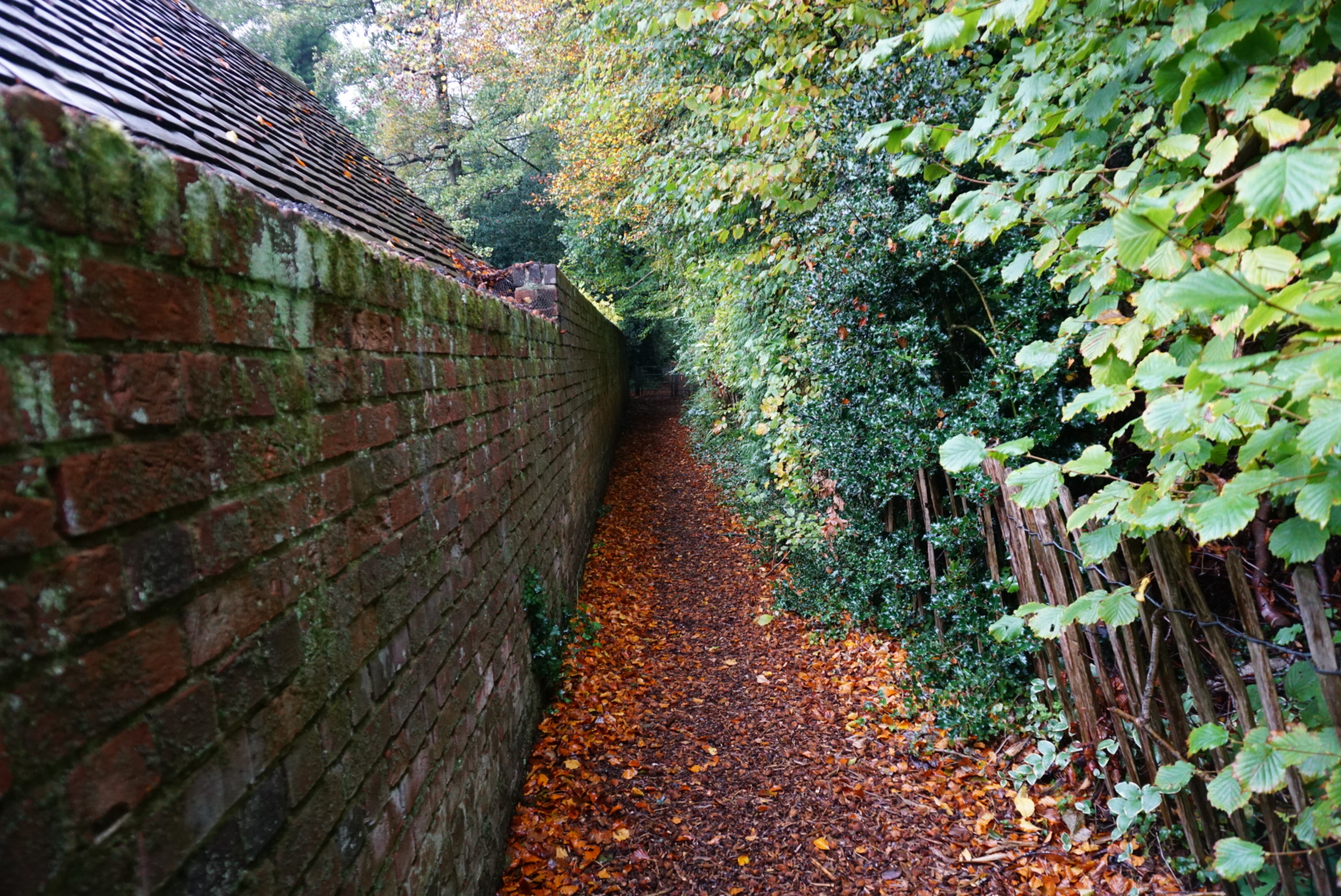 Clocking the hooves, she declined to lend him her cauldron.

The devil, not being known for his honesty and fair nature, decided he would take the cauldron anyway and scooped it up before trotting off into West Surrey.

Leaping away, he created two hills that are now known as ‘The Devil’s Jumps’.

Luckily, years of living in an isolated and poorly ventilated sand-stone cave had made the white witch exceptionally spry and she caught up with him after his third jump, which shocked him so much that he dropped the cauldron on Kettlebury Hill and cantered off into the distance. 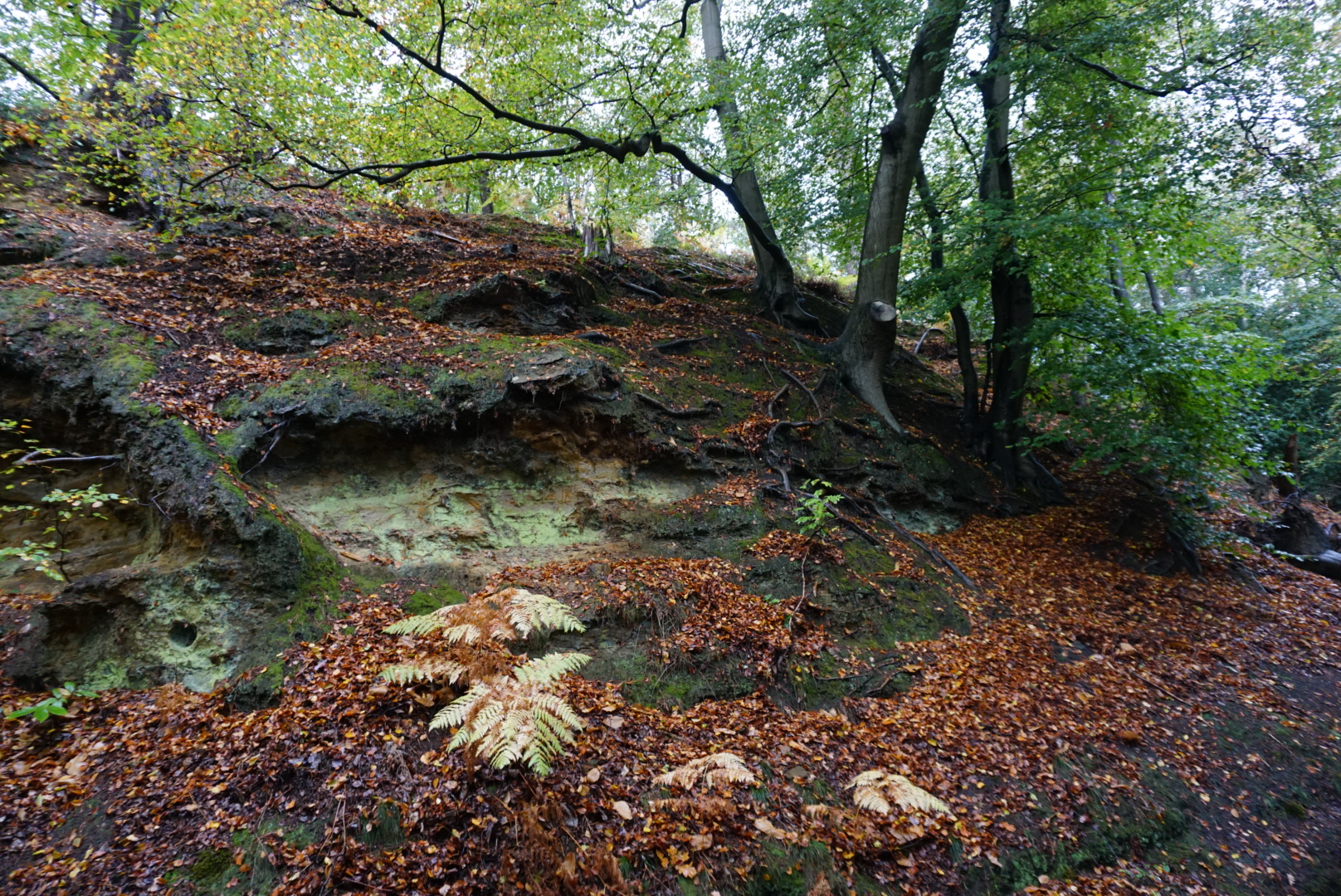 Knowing that the devil would likely return in an equally convincing outfit, she decided to leave her Cauldron in Frensham Church, which he couldn’t go into (because that’s the rules) and they all lived happily ever after… Except for the villagers, who couldn’t borrow her cauldron anymore.

And after reading all of this, getting excited, packing my head torch, booking a train to Frensham, trekking out of Frensham along some relatively perilous roads and through some lovely woodland… It was locked. 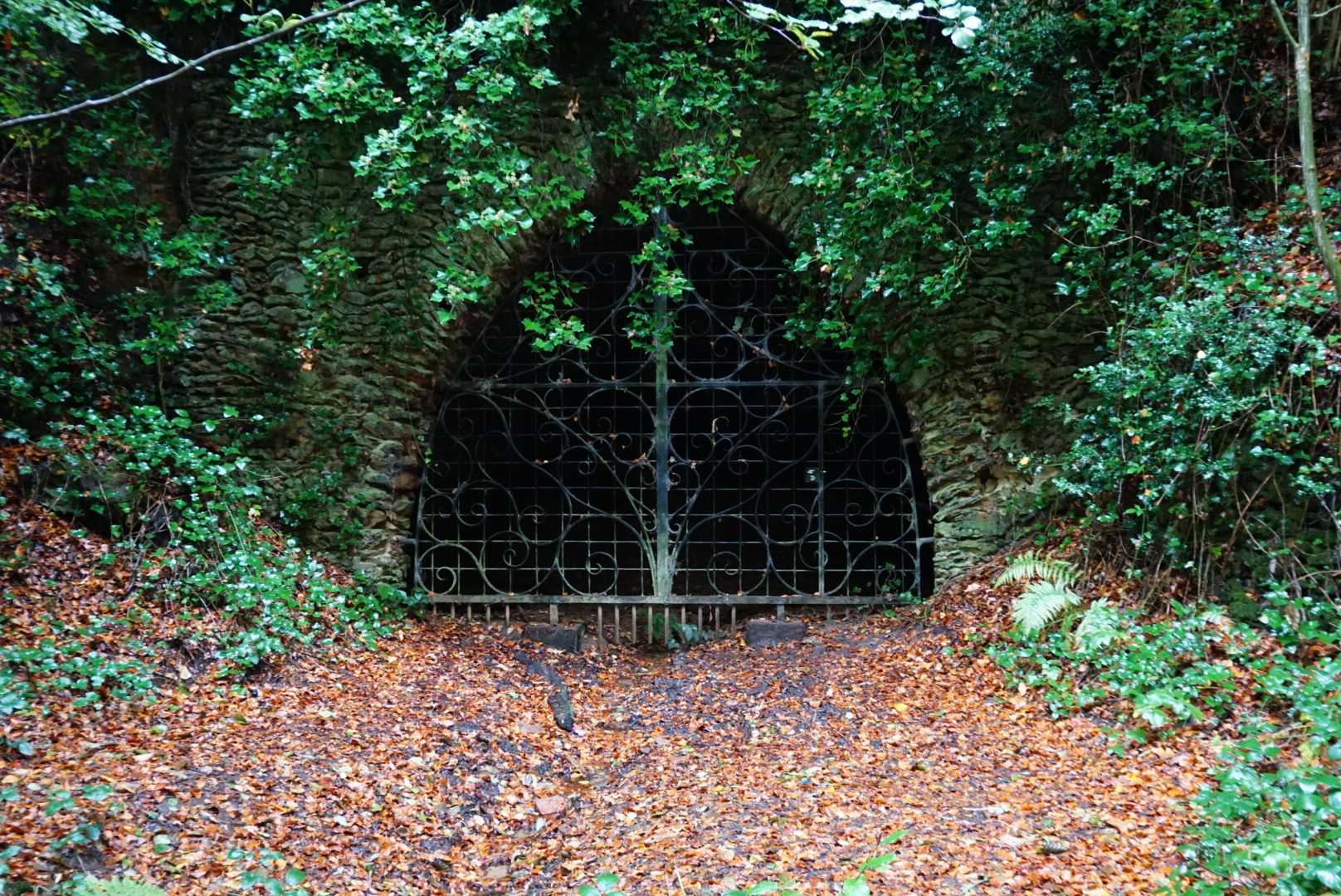 On the bright side, it was raining.